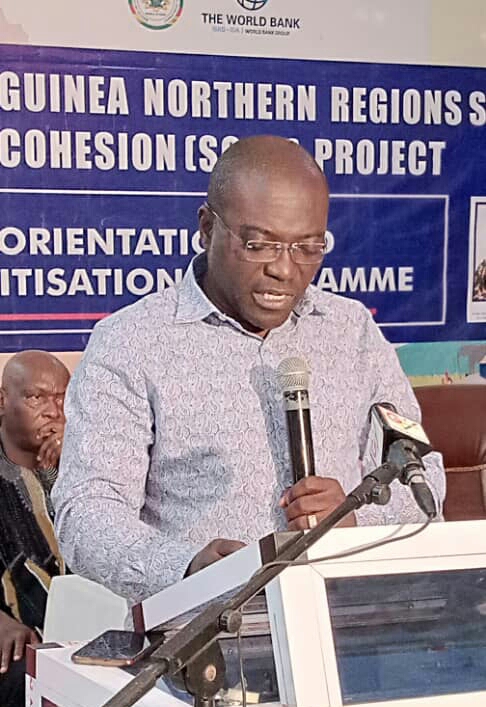 He said the project, which was being implemented in 48 districts in the Upper West, Upper East, Northern, North East, Savannah, and Oti Regions, was expected to improve the socio-economic livelihoods of the beneficiary communities through job creation.

Mr Korsah said this in Wa during an orientation and sensitisaton programme on the SOCO project attended by Chief Directors of beneficiary regions, Metropolitan, Municipal, and District Chief Executives, and Coordinating Directors, among others.

The SOCO Project is a multi-country US$ 450 million  Credit Facility secured by the Government  from the World Bank to be implemented in Ghana, Cote D’Ivoire, Togo and Benin geared towards providing support to the northern parts of those Gulf of Guinea countries.

The minister indicated that the northern parts of those Gulf of Guinea countries were hardest hit by fragilities due to food insecurity and climate change, conflict, and violence (FCV).

He observed that the spread of conflict from the Sahel had led to increased vulnerability of the over 16 million people living in the northern parts of Benin, Côte d’Ivoire, Ghana and Togo due to the impacts of climate change.

“The Project is expected to deliver an estimated 1,406 socio-economic community-level climate resilient infrastructure through a community-driven development approach.

He said the SOCO Project was consistent with the government’s development policies, including the Medium Term National Development Policy Framework (2022-2025), and the three pillars of the [email protected] vision – peace and security, economic growth, and social development.

He stressed that the vision of President Akufo-Addo regarding Local Governance and Decentralisation was to ensure improvement in the living conditions of the general citizenry through the formulation and effective implementation of appropriate policies at the local level.

Madam Yvonne Quansah, the Director, External Resources Mobilisation and Economic Relation Division (ERMERD), Ministry of Finance, in a speech read on her behalf, said the SOCO project was focused on border communities due to the socio-cultural dynamics of those communities, which had made them susceptible to conflict escalation as well as presented a potential cross-border trade benefits.

“It is observed that informal cross-border trade contributes substantially to the economies of many African countries and is a source of income to 42 per cent of the total African population”, she explained.

She expressed the hope that the project would help create a more diversified trade regime along the beneficiary border communities and reduce the risk of conflict escalation.

Mr Peter Maala, the Upper West Regional Coordinating Director, noted that the project was timely as it presented the potential of building community resilience to fight violent extremism and conflict.

He said there were some activities on the ground in the Upper West Region to ensure the borders were safe and that the SOCO project would also help augment the interventions in that regard.