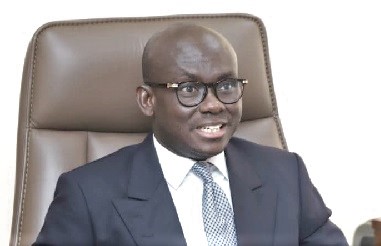 The Attorney-General and Minister of Justice, Godfred Yeboah Dame, has said the government will not renege on its commitment to advance and protect the fundamental human rights of minorities in the country.

He said minorities were entitled to all rights and freedoms like anybody else and, therefore, it was important that they were not marginalised.

The government, Mr Dame added, would ensure that Article 17 of the 1992 Constitution, which guarantees equality before the law and prohibits discrimination on the grounds of gender, race, colour, ethnic origin, religion, creed or social or economic status, was respected.

The Attorney-General was speaking at the High-Level Meeting of the 77th Session of the UN General Assembly to commemorate the 30th anniversary of the Adoption of the Declaration on the Rights of Persons belonging to National or Ethnic, Religious and Linguistic Minorities.

According to Mr Dame, not only had Ghana codified many of the tenets of the declaration into its laws but it would also continue to strengthen institutions responsible for the implementation and enforcement of such laws.

The Declaration on the Rights of Persons belonging to National or Ethnic, Religious and Linguistic Minorities was adopted by the UN General Assembly on December 18, 1992.

It enjoins UN member countries to protect the existence and the national or ethnic, cultural, religious and linguistic identities of minorities within their respective territories and encourage conditions for the promotion of those identities.

Again, it makes it an obligation for states to take all measures to ensure that minorities have the right to practise their culture and religion and use their language freely without any victimisation or discrimination.

Mr Dame acknowledged the fact that there were still challenges, despite the progress made in advancing the rights of minority groups following the adoption of the declaration three decades ago.

“We solidarise with the people belonging to minority groups and remain concerned about the disproportionate suffering they are subjected to in conflict situations, including their vulnerability to forced displacements, obstacles to education and other attendant effects resulting from the COVID-19 pandemic.

“As we move towards a post COVID-19 future, it is important for UN member states to deliberately put in place measures that will enhance emergency aids, boost data collection for monitoring and tracking disparities among minority groups, intensify outreaches, including minority languages and sign languages, on how to prevent and address COVID-19 and other challenges and the availability of services for all,” the A-G added.

According to him, the growing marginalisation of and discrimination against minorities was an affront to freedom, justice, the rule of law and the promotion of human dignity.

“We welcome the integration of employment, sustainable development and social protection into domestic policies and the advancement of equal rights and opportunities for all to ensure that the interest of minority groups is served,” Mr Dame said.

Police on manhunt for robbers who murdered woman at Aprawhem