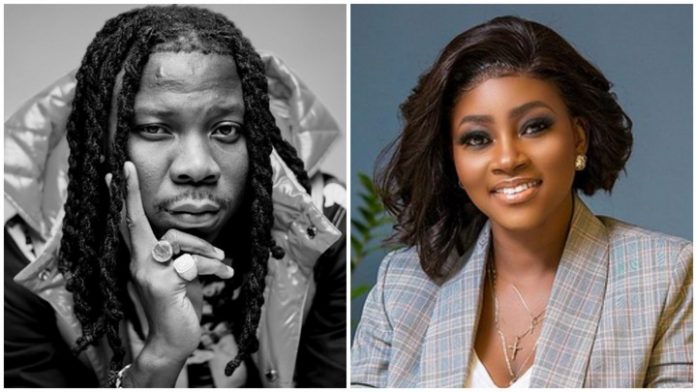 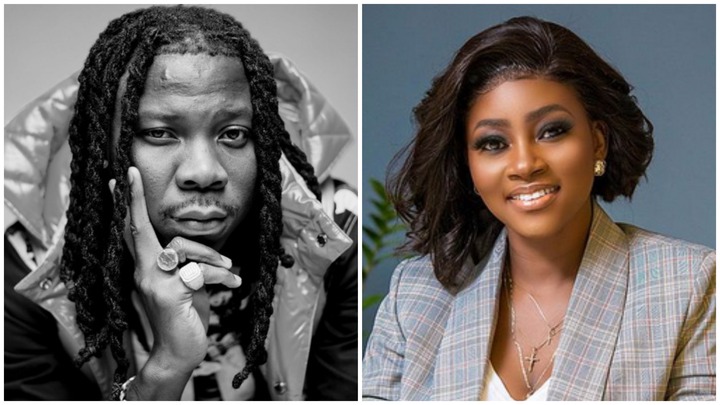 “We dey stand #GIDIGBA,” the caption she put on the photo.

This follows after the release of the ‘Gidigba’ song by Stonebwoy.

‘Gidigba,’ which means ‘firm and strong’ days after the release has become a hit. Stonebwoy’s new single is his second official single for 2022.

Beautiful Cookie Tee has received a compliment from the talented reggae dancehall artiste.

Stonebwoy retweeted and said the TV3 presenter got form.

Check the below screenshot; 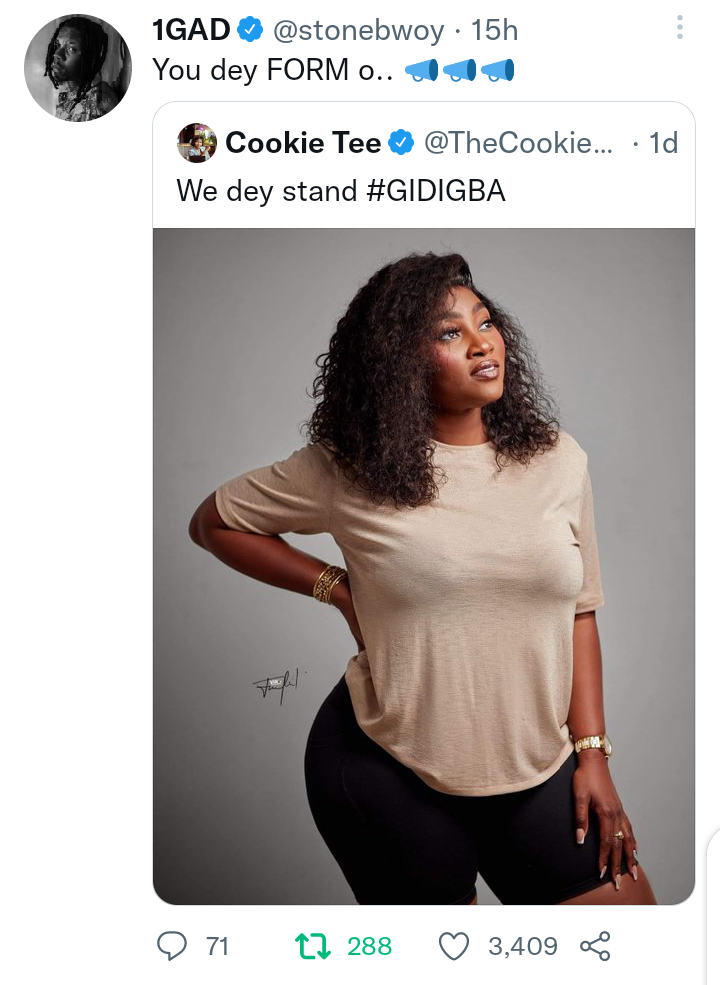 Lastly, the Phantom song will act as a precursor to his forthcoming project, which will be revealed soon.

Content created and supplied by: Naycha_Online (via Opera
News )