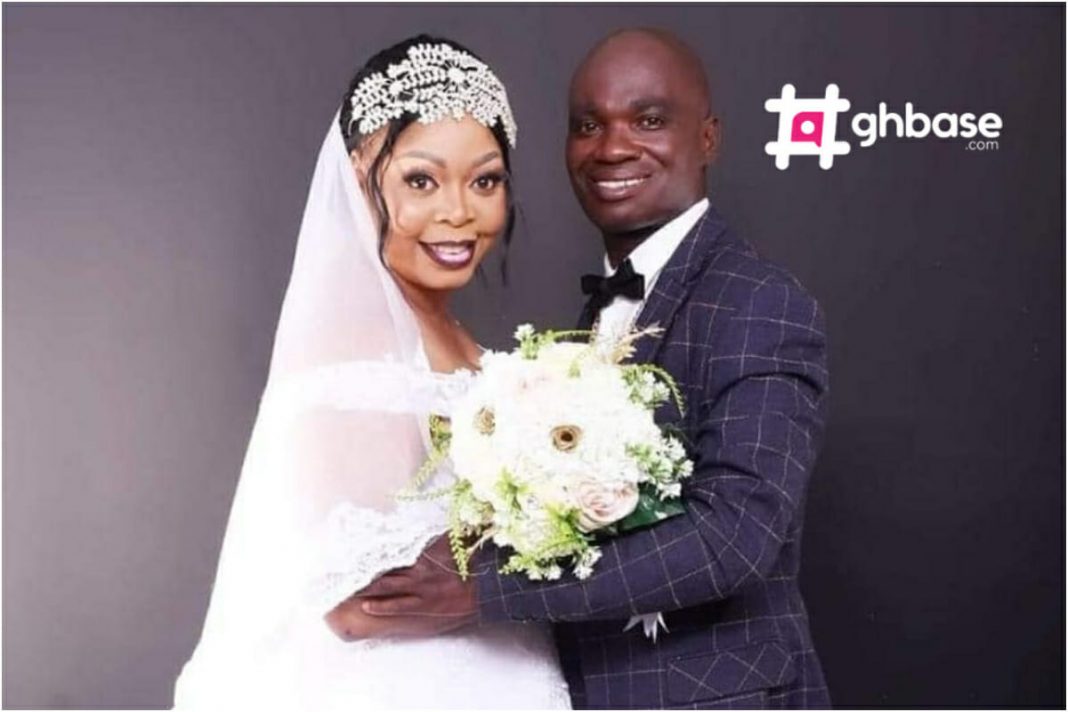 Photos of Dr UN and former AIDS ambassador, Joyce Dzidzor Mensah have been shared on the internet.

The confident trickster whose claim to fame still remains the unprecedented stunt he pulled on mainstream celebs and politicians has not officially communicated anything of this sort online.

We can state authoritatively if the two attention-seeking celebs are indeed married but the buzz the photos are creating online has attracted our attention.

Knowing the pedigree of Dr UN whose real name is Kwame Owusu Fordjour and Joyce Dzidzor Mensah, we guess the two might have something up their sleeves.

In the same vein, Yvonne Nelson has been left impressed with the infectious demeanour of Kwame Owusu Fodjour, who goes by the famous moniker Dr UN.

The actress, filmmaker and producer wondered how Dr UN still flashes a warm smile even when he’s being ridiculed or dragged in the mud, following the ‘trenches’ of his infamous awards where he literally scammed mainstream celebs and distinguished politicians.

The mother of Ryn Roberts wrote;

“I want to know how Mr UN does it…..he always has a smile on his face……even when peeps try him. It’s golden. Golden like his flask ⚱️”