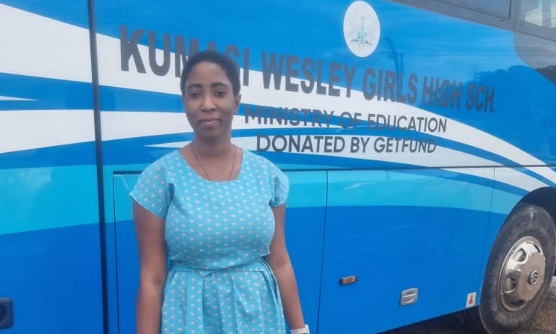 Blow chem industries limited, producers of Bel beverages and Bel Aqua, as part of efforts towards rewarding its loyal customers, has awarded the winner of the Bel Chill N Win Promo with the grand prize of a car.

The promotion which started in March 2022 came to an end today had rewarded over four thousand consumers from all sixteen regions in the country with various prizes over the past five months.

The promotion brought together people to compete for the grand prize of a Kia Picanto car.

The winner, Nhyira, is a Final year Senior High School Science student of Wesley College at Suame in the Ashanti Region.

However, over four thousand prizes such as Microwaves, Kettles, Toasters, cooking sets, blenders and other home appliances as well as vouchers and other prizes have been won in all three draws of the competition.

Addressing the media at the grand finale of the promotion in Accra, a manager with Bel beverages, Norbert Mwim assured customers of bigger and better prizes in the coming years.

“The rationale behind the promotion is to say thank you to our numerous and cherished customers, over the years, they have been very loyal to us and if we have come this far, it is because of them that is why this is basically to say thank you and also to ask them to continue to experience and enjoy Bel beverages,” he said.

Also speaking to the media, some winners shared their contentment with the prizes they won.

“I saw it in one of the shops and asked, and I was told a promo was going on, so I can try. I filled about 20 envelopes containing 20 wrappers each, which amounts to 400 pieces, and submitted it. I won a microwave in the draw and I will still participate in the next one,” one said.

“I heard about the promo on television and I placed twenty pieces of wrappers in the envelope and deposited it. I won a 300GHS voucher, so I will go to Melcom and buy everything I want,” another said.