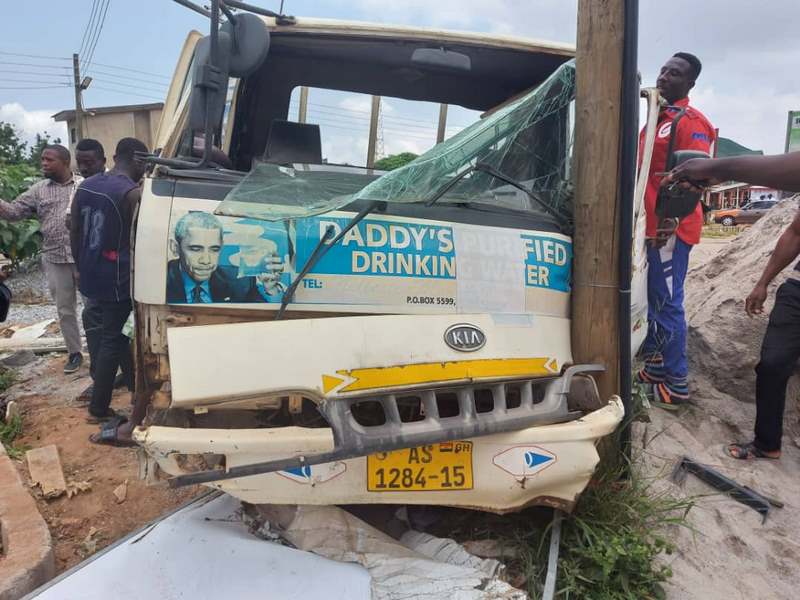 A middle-aged woman and her son have been killed in a vehicular knockdown at Asokore Mampong in the Ashanti Region.

The accident occurred when the driver of a Kia Rhino vehicle with registration number AS 1284-15 allegedly lost control of the steering wheel and ran over the mother and her son.

The yet-to-named mother and son died on the spot.

The mother was carrying her toddler on her back waiting to board a vehicle on the Buaban stretch of the Kenyase Road.

Sources say they were coming from the hospital.

She had in her hands three fingers of plantain, cassava, and other items.

Unfortunately, the driver of the vehicle carrying bags of sachet water veered off the road, running over the two.

An eyewitness, Akwasi Boateng, says the deceased tried saving her life but she ran towards the direction of the vehicle.

The police were at the scene to convey the bodies to the morgue, while the vehicle was towed from the accident scene.

The Asokore Mampong police are investigating the incident.