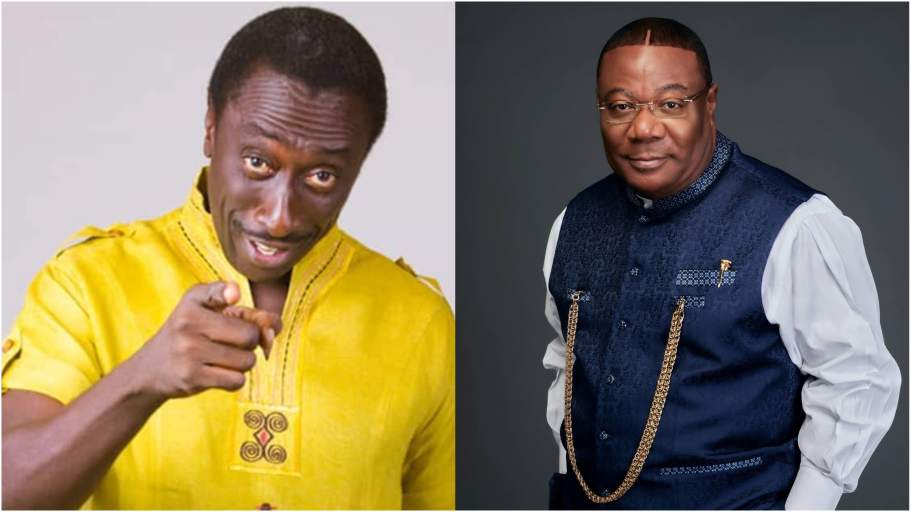 Ghanaian comedian, Kwaku Sintim Misa, popularly known as KSM has reacted hilariously to the audio of Archbishop Duncan Williams, praying against the climbing of the cedi.

The Ghanaian Cedi has been declared the worst performing currency worldwide in the latest report by Bloomberg.

According to the world-leading business statistics news portal, the Ghana Cedi is currently in tatters, as it has depreciated by over GHC2 in the last week, compounding the ever-depreciating currency against major foreign currencies.

In the heat of this, Ghanaian playwright and actor, Kweku Sintim Misa (KSM), has dug out an old video of Archbishop Nicholas Duncan-Williams fervently praying and commanding the Ghanaian cedi to rise in Jesus’ name, to mock his prayer.

In what seems the cedi has rather been depreciating ever since the prayer was offered to God, KSM reposted the prayer to say that “you see why GOD works overtime in GH? Too much pressure” and added laughing emojis to his post below.

You see why GOD works overtime in GH? Too much pressure😂😂 pic.twitter.com/FWVov50dTu

Meanwhile, the Action Chapel International (ACI), founder once defended his prayer after it went viral. He said his prayer for God to “spiritually arrest” the depreciating local currency, is from the wisdom of God but not from the knowledge of men.

He added that Ghanaians should therefore not waste their time debating his action because although it may sound illogical to some, he spoke and acted from the “scriptural perspective”.

READ ALSO :Empress Gifty shows off her curvy body as she hits back at haters (video)