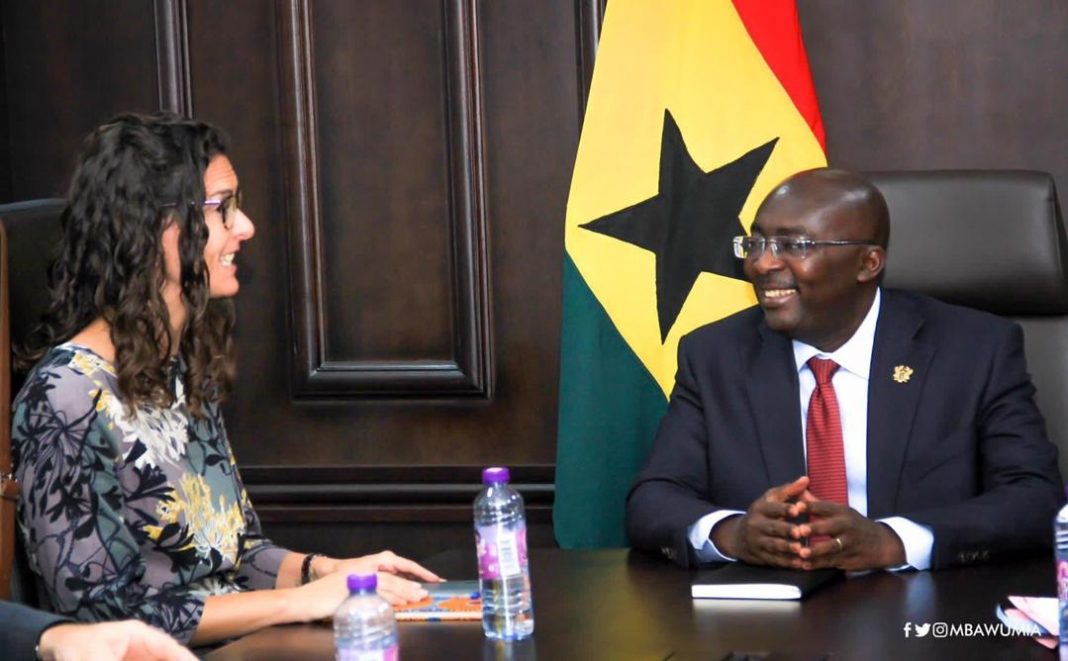 British security officials led by the British High Commissioner to Ghana, Harriet Thompson have called on the Vice President Dr. Mahamudu Bawumia at the Jubilee House on Monday August 5.

The meeting brought about several issues including the Accra Initiative which is a cooperative and collaborative security mechanism anchored on the pillars of information and intelligence, and the Ghana-UK security partnership in view of the threats of terrorism in the West Africa sub-region.

The Accra Initiative was launched in September 2017 by Benin, Burkina Faso, Côte d’Ivoire, Ghana and Togo in response to growing insecurity linked to violent extremism in the region. It aims to prevent a spillover of terrorism from the Sahel and to address transnational organised crime in border areas. This year Mali and Niger were admitted as observers given their proximity to coastal states and their experience in countering violent extremism.

The launch predates Burkina Faso’s Operation Otapuanu in March, after which Burkinabe officials told their southern counterparts of extremists’ attempts to penetrate their territories. Burkina Faso was considered a buffer against the spread of violent extremism to coastal states. But since a series of attacks in its eastern region, some close to the borders with its southern neighbours, it no longer is.

There are several advantages to the Accra Initiative.