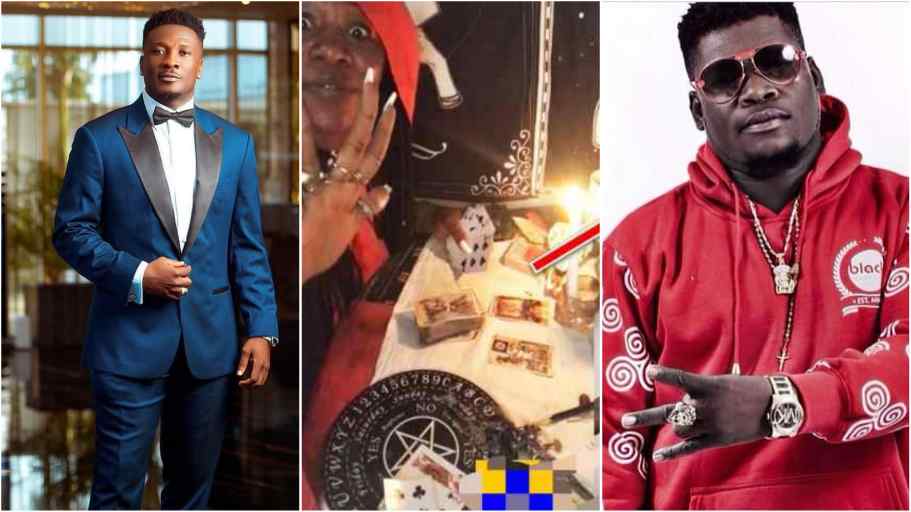 A self-acclaimed spiritual goddess identified as Daughter of Maame Water has vowed to take on Ghanaian football legend Asamoah Gyan who said he was going to descend on her for tarnishing his reputation.

According to Asamoah Gyan, he has for years ignored the spiritualist who claims he had a hand in the disappearance and death of singer, Castro, but not anymore as he has threatened to deal with her over the false accusations.

“If I descend on you…” Gyan said in the video while jamming to Hannah Marfo’s ‘Akristofo Adooso’ song.

Shortly after the footballer’s video to Daughter of Maame Water went viral, she took to her TikTok account under the name Akosua Moon Goddess to further make a damning accusation about Ghana’s celebrated footballer.

In the video sighted on social media , she dared Asamoah Gyαn to do his worst.

“Descend on me, do I look like a Christian? I am not making my revelation under the word of the Bible. I am not afraid of anything, so if you claim I am lying descend on me. I am waiting for you. Who told you I need the attention of killers?” she fumed with rage.

She further alleged: “I don’t need killer’s attention so if you claim what I said was false, stand up, get up and descend on me. If not, I will personally descend on you because you actually did it. You actually killed your friend.