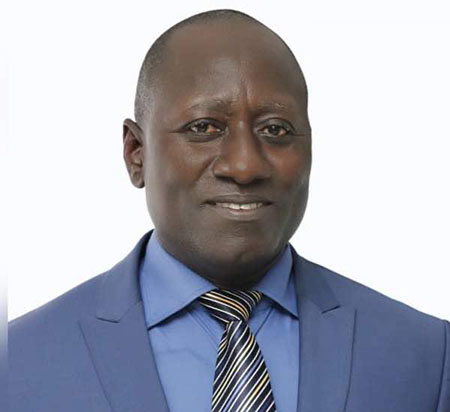 The Commissioner of the Customs Division of the Ghana Revenue Authority (GRA), Col. Kwadwo Damoah (Rtd) has lambasted the, Special Prosecutor (SP) Kissi Agyabeng of calculated attempts to bring him down with hollow report actuated by malice on its investigations into Labianca scandal.
According to him, the Special Prosecutor is scheming to destroy his image with the contrived report.

This follows report by the SP of recovering over GHC1 million (GHC1,074, 627.15) from Labianca Foods, a frozen food company belonging to a Council of State member for under declaration .

SP further called for wider investigations into Customs Division of the GRA and demanded for a copy of Integrity plans to prevent corruption.

The SP said he is launching investigation into alleged corruption and corruption related offences in the context of evasion and valuation of duties on frozen and processed food products imported into Ghana between 2017-2021.

The case, according to the SP involved some high-ranking officials of the Customs Division of the GRA.

In its report on the investigations, the SP said “Labianca Company Limited commenced operations in 2014 and it is wholly owned and controlled by Ms. Asomah-Hinneh on all practical and legal considerations. The company, it appears, imports about two hundred (200) forty (40) footer shipping containers of frozen chicken parts, fish, pork and fries monthly primarily from Europe and the United States of America. It enjoys a substantial market share in the imported frozen foods industry.

“There was not much engagement with the Customs Division in the first three (3) years of the company’s operations beyond the settlement of standard customs duty and other tax obligations until 2017 when the company actively commenced applications to the Customs Division for the acceptance by the latter of the values of frozen foods it intended to import.

“By the time the company commenced the applications, Ms. Asomah-Hinneh had been elected a member of the Council of State representing the Western Region and appointed a member of the governing board of Ghana Ports and Harbours Authority – positions she held at all material times. On this reckoning, Ms. Asomah-Hinneh is a politically exposed person as defined under section 79 of Act 959.”

However, the Customs boss Col Damoah who reacted to the report while addressing some Senior Customs officers at a retreat in Kumasi on Wednesday August 10, described the report as ‘hollow and actuated by malice’.

He expressed his readiness to face prosecution and believed he would come out of it with his reputation intact.

“I am ready for any prosecution that is what he is supposed to do and I know I will come out of it.”

“Since three days ago what has been happening? A report purporting to be coming from the Special Prosecutor trying to indict the deputy commissioner of operations and myself. If anybody has read that report very well, you will know the basis of that and luckily for me, God is always on my side. Before that report came, that person has made a statement to some people who had come to them.

“He was going to publish something that will discredit me and he will do that. I even send people to go and tell him that he is a small boy. I’m older than him. I’ve lived a meaningful life. If he attempts to destroy me, it won’t be easy for him. People have tried and I’ve survived and this one I’ll survive,” Col Damoah said.

According to him, the report is nothing but an attempt by the Special Prosecutor to get at him for refusing to allow one Mr Akudugu to be seconded to his (Kissi Agyabeng’s) office.

“All that happened, one of the reasons was because of Mr. Akudugu. He wanted Mr Akudugu to be seconded to his office and I said ‘no’. Mr Akudugu is a customs officer primarily employed to do customs work and he is to partner Mr. Akoto Sekyin in his office on Africa Continental Free Trade Area. He deals with tariffs and evaluation and therefore I cannot second him to the Office of the Special Prosecutor because he has a primary role to play in customs,” he stated.