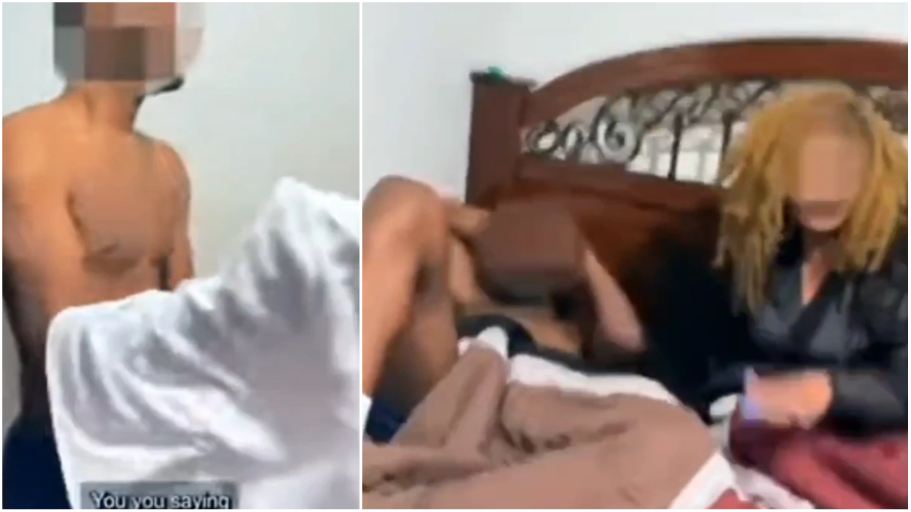 A video of a young lady who caught her own mother in bed with her boyfriend and father of her child has now gone viral.

In the footage, which has been widely shared on social media pages, a shirtless man and a woman can be seen lying in bed while being questioned by a third lady, who happens to be the man’s girlfriend.

READ MORE :Dramatic scenes as a thug is shot dead while trying to rob a bank [Watch]

“Okay, this is the sh!t Y’all be doing right?” the girlfriend can be heard saying at the beginning of the video.

“I’ve been calling you all day. This is what you do. My mom, you serious? I know you lying and you just sitting here quiet. I will put this video on Facebook,”

She continued, shouting at her boyfriend and mother, who tried to justify the reason for sleeping with her man.

The mother accused her daughter of not respecting and treating her man right before pleading with her to refrain from posting the video online.

The heartbroken woman ended up sending the baby daddy away from her apartment, but her mom refused to leave.

READ MORE :Side chick pushes man’s wife into pool after they were caught chilling at a hotel [Watch]