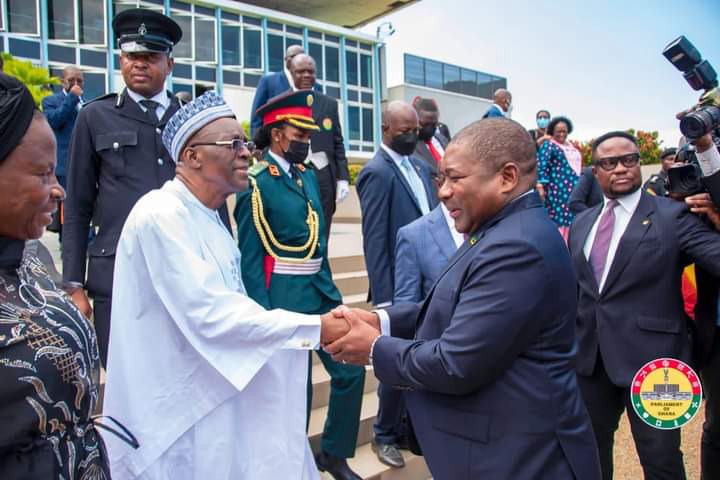 Mozambique:s President, Filipe Jacinto Nyusi, has revealed that the regional integration of Africa and its economic liberation remain high on the agenda of leaders at various fora.

Addressing Parliament in Accra today, Mr. Nyusi who is on a four-day official visit to Ghana said the political liberation of the continent would mean nothing if it continues to tie its development to external aid.

“The struggle for the liberation of Africa of which Ghana was one of its leaders was not only for political liberation. The call by Kwame Nkrumah that Africans must unite in his book ‘Africa Unite’ was based on the wisdom and vision that our political independence will be nothing if we remain independent under external aid.

So the economic liberation, the regional integration of Africa remains a central topic and is a top of priorities of our cooperation at bilateral and regional levels such as the South African Development Community, the Economic Community of West African States, the East Africa Community, and at the continental level at the African Union (AU),” he stated. 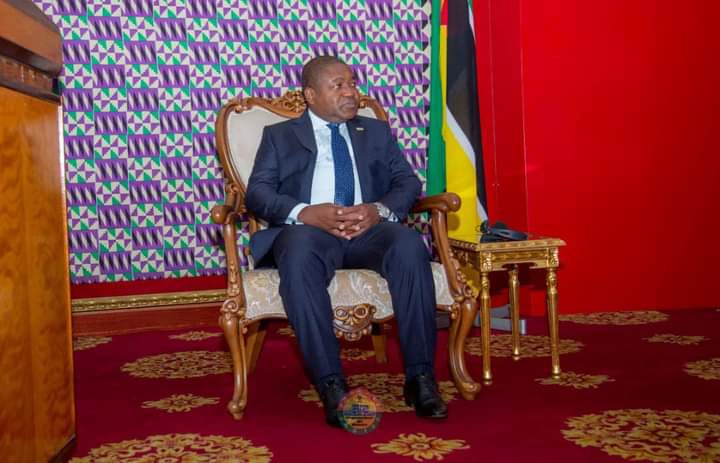 Mr. Nyusi’s assurances come on the day the continent was observing the AU Day; a day set aside by the Union to commemorate the formation of the foundation of the Organisation of Africa Unity, now AU.

The was intended to champion the liberation of Africa which was largely under colonial rule and to ultimately unite the continent.

It was in the context of this commitment that President Nyusi said he signed various cooperation agreements with Ghana on the first day of his visit.

The agreements, President Nyusi said, have a strong component of cooperation in different sectors of the economy such as agriculture, industry, trade, tourism, mineral resources, and science and technology.

Ghana, he said, has valuable experience in putting appropriate legal frameworks to regulate its extractive industry, an experience he said the South African country would want to tap into. 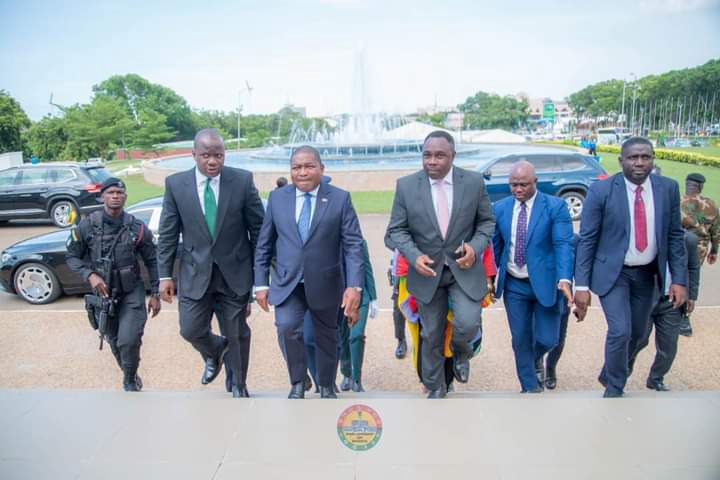 “We will like to benefit from the good experience of Ghana in establishing a favorable legal framework that will allow us a sustainable management of resources like gold, oil, and gas, and how to maximize the local to empower our private sector,” he said.

Commending President Nyusi, the Speaker of Parliament, Alban Sumana Kingsford Bagbin said unity of purpose among African countries holds the key to propelling the continent to a greater height.