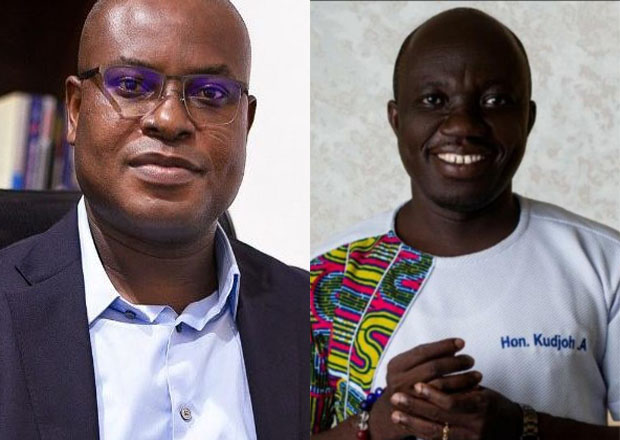 There is uneasy calm in the New Patriotic Party (NPP) in the Volta Region following a purported split among the Regional Election Committee members over the regional elections slated for this weekend, May 28, 2022.

The split is a result of some disagreement over who qualifies as an aspirant.

To this end, two separate vetting reports have been released; one signed by the Secretary of the Committee, Richard Ahiagba, and the other by the Committee Chairman, Kudjoh Attah.

Out of the 36 aspirants, their report disqualified only one; Markson Korku Seayor, a Youth Organiser hopeful.

Mr. Kudjoh Attah confirmed to Daily Guide that his report supersedes any other report as seven of the Committee members put it together. In any case, it was inappropriate for any report to be issued without the consent of the Chairman of the committee.

He also clarified that the final meeting of the committee was held via zoom instead of in-person scheduled for the party office, due to threats some of the Committee members received.

Some of the disqualified aspirants however disagree with him.

According to them, the Committee Chairman, Kudjoh Attah and five others refused to attend the official meeting scheduled for Friday, May 20, 2022, at the Regional office.

So those present, the Committee Secretary went ahead to put the report together. Only for the Chairman to issue a counter-report after the Secretary has issued the earlier one.

The Committee Secretary, Richard Ahiagba confirmed that indeed the committee is split, hence the two reports.

Be that as it may, all reports have been submitted to the National Appeals Committee, Chaired by Dan Kweku Botwe to resolve the issues.

He noted that as a national representative on the committee, he discharged his duty accordingly and ensured all meetings were held at the agreed venue; thus party office and agreed dates and time.

He said he could not vouch for any other meeting held clandestinely. More importantly, the party structures and systems will resolve the issues, hence all should be calm.

The party is also split over where the Regional elections will be held. Whereas the report by the Secretary of the Elections Committee indicated that it will be held in Ho, there are contrary reports among party stalwarts close to the Regional Chairman saying it will be held at Dzelukope (Keta) or Sogakofe (North Tongu).

The Committee Chairman, Kudjoh Attah stressed that as far as he was concerned, the regional elections will be held at Dzelukope. He is unaware of any contrary information on the venue.

These ssplit decisions and other competing interests are traced to the fierce opposition that still exists between the Regional Chairman, Makafui Kofi Woanyah, and some executives on one hand and the Regional Minister, Dr. Archibald Letsa, government appointees, and other party executives on the other hand.

The rift reached a crescendo when the party in the region led by constituency executives staged a mammoth protest against the reappointment of the Regional Minister in 2021.

Several attempts to unite the factions seemed to have yielded little results considering that a cold war continued to play out during the constituency elections and now, the upcoming regional elections.

The membership of the Regional Elections Committee is also not clear. The Committee Chairman, Kudjoh Attah questioned the membership of madam Susana Kudjoe saying, “I am not aware she is a member of my committee.”

He noted that the 10-member Committee does not include Susana Kudjoe. Yet the Secretary’s report issued by Richard Ahiagba mentions Madam Kudjoe as a member.

The members as presented by the Chairman are as follows; Kudjoh Attah Chairman, Geoffrey Badasu- Representative of MMDCEs, Perry Nuwordu, Regional Representative, Glalah Benoni- Chairman of Council of Elders and John-Peter Amewu- Chairman of Parliamentary Caucus.

The rests are Richard Ahiagba- Secretary, Prince Kotoko in charge of IT, Juliana Kpedekpo- Representative of Elder Women, Shabanton, Research, and Elections Officer, and Dr. George Tetteh- Chairman of Council of Patrons.

Meanwhile, Mr. Ahiagba told Daily Guide that per the party’s system, the National office appointed the Chairman and Secretary of the Committee.

The rest of the members were appointed to represent key units of the party in the region. As far as he was concerned, on the first day of the vetting, committee members were nine, excluding a Representative of the Council of Patrons.

To this end, Madam Susan Kudjoe represented the Council of Patrons on the subsequent days of vetting in the full glare of the Committee Chairman. He, therefore, declined to comment further.