GFA on the final stages of maintaining quartet as technical 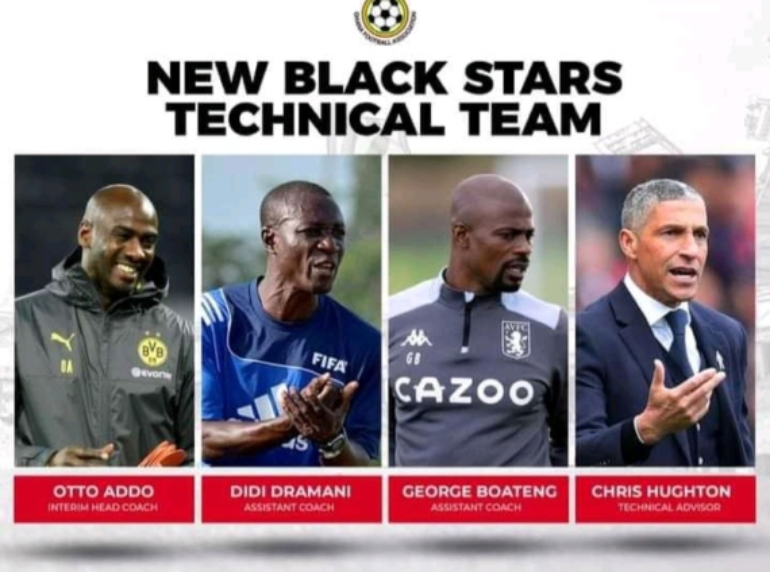 The General Secretary of the Ghana Football Association [GFA], Prosper Harrison Addo has said they are on the verge of wrapping up talks with Otto Addo, Chris Hughton, George Boateng, and Mas-Ud Didi Dramani to be maintained as the technical team for the upcoming 2023 Africa Cup of Nations qualifiers.

Having failed to play in the 2018 global showpiece in Russia, the quartet secured Ghana’s qualification to the 2022 FIFA World Cup at the expense of Nigeria in March after a two-legged tie.

Following the qualification, there have been calls to maintain the quartet for the Mundial scheduled to be hosted in Qatar later this month.

However, speaking in an interview, Harrison Addo revealed that talks are in the final stages to confirm the quartet as the technical team for the Black Stars ahead of the qualifiers.

“The quartet that delivered us the qualification will be kept together. So we need to work on the modalities of staying with the team to go to the World Cup and so we have been working on it, engaging them positively and they have been positive so far,” he told Joy Sports.

“We are in the final stages of the engagements. The processes are such that you do the engagements and then liaise with the ministry [Youth and Sports] and then you get the green light to move on. Be rest assured that the quartet will join us. They will plan and execute the upcoming matches as well as the four-nation tournament [in Japan].

“They will also pick up in September and in November we go to the World Cup.”

The Black Stars will begin their 2023 Africa Cup of Nations [AFCON] qualifiers next month against Madagascar at the Cape Coast Stadium on June 1.