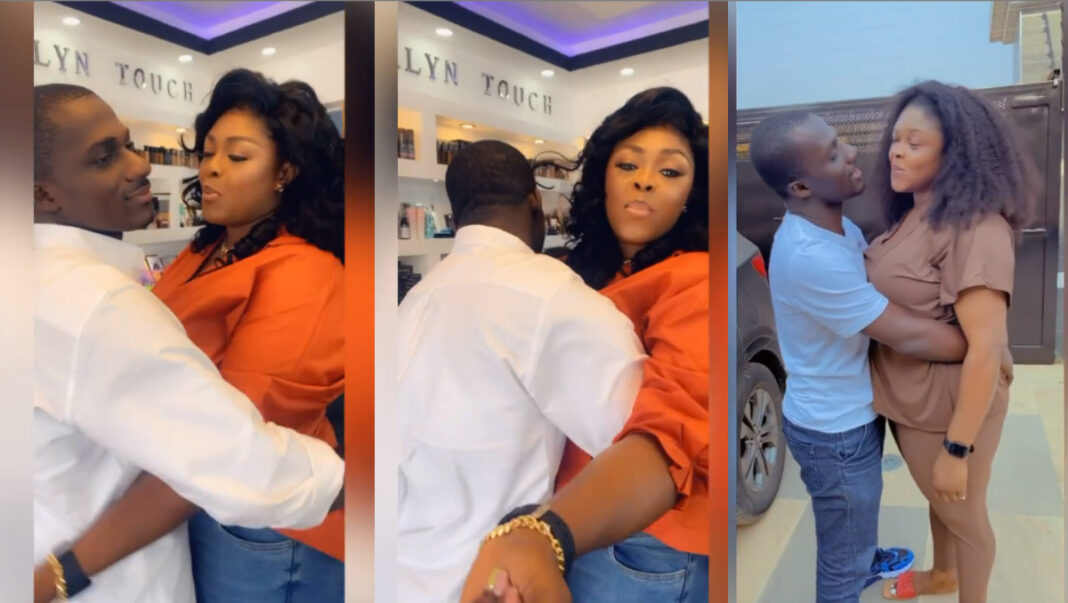 It has been alleged by an Instagram ghost blogger that popular Ghanaian blogger Zionfelix and his baby mama Mina’s relationship has hit the rocks as the lady has abruptly ended things with him.

According to the ghost blogger, the relationship between Zionfelix and Mina has reportedly ended over the guys’ parents’ concern about the girl’s age and tribe.

From what is gathered from the blog, Mina has made the blogger understand that she wouldn’t want to continue with the relationship again as she has come to the realization that their beautiful relationship wouldn’t end in marriage as she anticipated.

Tutugyaguonline reports that Mina is walking away for her own sanity because of the disagreement and dislike from the Zion’s parents as they have sworn never to allow their son to marry her because she is older than him and also from a tribe they dislike.

Tutugyaguonline revealed that Mina still had hope that her baby daddy would convince his parents to accept her until Zionfelix’s father ended her hopes with a conversation that sought to hit her so hard.

The supposed communication has the man telling Mina that “y3mma wo nnware no nn3, nnware no kyena. S3 wo se wo y3 ayigbeni aa, mennso m3 y3 asanteni,” meaning they will never allow them to marry and if she says she’s an Ewe, he’s also an Ashanti.