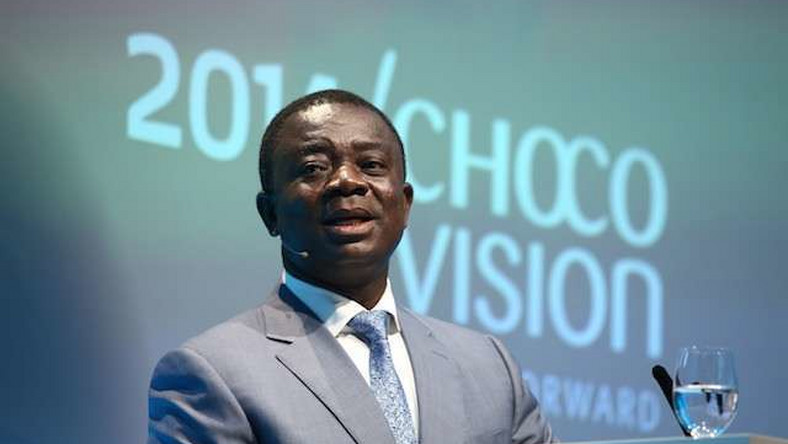 A cocoa farmer, Samuel Torbi, the second defence witness for Dr. Stephen Opuni, a former CEO of the Ghana Cocoa Board (Cocobod), who is standing trial along with businessman Seidu Agongo for causing a financial loss of GH¢217 million to the state, has told the High Court it is not true that a farmer drank lithovit fertiliser in place of water because it was a substandard agrochemical.

“No my Lord, because the training they took us through means any agrochemicals we spray on our cocoa, when it enters our bodies, it will give us problems and, so, when we are spraying any insecticides or liquid fertiliser, we put on gloves, we also wear nose masks, we wear spectacles and we put on overalls and wellington boots and, so, if anyone tells you that you can drink lithovit liquid fertiliser when you are thirsty then that person is not a farmer and no farmer will say such a thing,” he told the court on Monday, May 16, 2022.

In February 2022, Dr. Yaw Adu-Ampomah, the third prosecution witness in the trial named some farmers, who, according to him, drank the lithovit liquid fertiliser.

They are Nana Obeng Akrofi, the Eastern Regional Chief Farmer of the Cocoa, Coffee and Shea Farmers Association of Ghana, and Emmanuel Obeng.

The witness said: “Nana Akrofi came to me to complain that the lithovit fertiliser was so ineffective and when they go to the farm and there is no water, they can drink it,” he added.

However, Mr. Torbi told the court presided over by Justice Clemence Honyenuga on Monday: “My Lord, that will not be true because even a junior officer at the CHED office at the district will not say that let alone an officer at the head office”.

He also said lithovit liquid fertiliser was the “farmer’s messiah” since it gave them plentiful yield.

The Assin Fosu farmer in the Central Region, who said he was born into cocoa farming but has been doing it commercially for 17 years, told the court that he first used lithovit in the 2015/2016 crop season.

He said Cocobod directly introduced and distributed lithovit fertiliser to the farmers and not Agricult Company Limited, the third accused in the case.

Mr. Torbi told the court that he and other farmers were trained on lithovit by CHED under Cocobod in Assin Fosu and not Agricult who they “don’t know”.

After those two crop seasons, he said he has not harvested yields close to that quantum again.

He said lithovit liquid fertiliser “widens” the leaves of the trees, gives them a “pure green” look, and makes the flowers “very strong” so that they do not fall off when using the mist blower to spray fertiliser on them as the other fertilisers do.

As the chairman of the cocoa farmers’ cooperative in Assin Fosu for 12 years, he said, “when I used it, it made me happy and I did not get any negative effects about it”.

He also said, “nobody complained to me but rather the happiness I had was the same happiness they [other farmers] also had and they said that it is now that they have believed that if they say that cocoa farming is a business, lithovit liquid fertiliser has made them realise that.”

Asked what he made of claims that the fertiliser was of no value, he said: “Farmers will never forgive that person because lithovit liquid fertiliser is a farmers’ messiah and I also don’t believe that any staff from COCOBOD will come out and say such a thing”.

Asked if there will be any justification to condemn the company or the person who brought the fertiliser, Mr. Torbi said: “No, my Lord because we need it”.

Dr. Opuni and Mr. Agongo are facing 27 charges, including defrauding by false pretences, willfully causing financial loss to the state, money laundering, corruption by a public officer, and acting in contravention of the Public Procurement Act.

This has to do with the procurement of lithovit fertiliser by Cocobod for farmers.

They have pleaded not guilty and have each been granted a GH¢300,000 self-recognisance bail by the court.