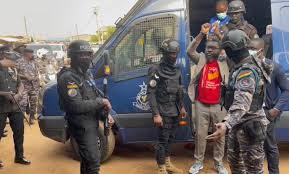 Fix The Country’s convenor Oliver Mawuse Barker Vormawor has been charged for “careless and inconsiderate driving” at a Madina District Court.

He was arrested Tuesday morning by officials of the Motor Transport and Traffic Department (MTTD) of the Ghana Police Service.

He declared the charge himself on his own Facebook page.

His capture comes a day after he showed up on Accra-based Metro TV, where he communicated basic worries about his new capture and preliminary on his supposed plot to arrange a rebellion. 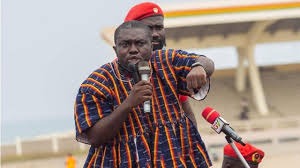 His mobile phone was not taken from him as he posted refreshes on his Facebook page as captured by Ghent news. Read his post below;

“Neho! I am currently Being held in cells at the Madina Court. My phone still with me. Very Bizarre that I had never been arrested in life. Yet, In just one year of #FixTheCountry activism, I have already been arrested three times”.

“I have also already been sued three times, twice by the Ghana Police Service, and by the Electoral Commissioner”.

“Anyway, it must all be a coincidence. I’m sure. No one is above the law, except the President”.

“In any case, I am happy to announce that #fixTheCountry has been awarded 50,000 dollars by the Open Society Foundation”.

“The foundation was established by American Billionaire George Soros, who has in the past supported the Black Lives Matter movement. Details to be released in a press conference soon”.

Please watch screenshot of his posts below; 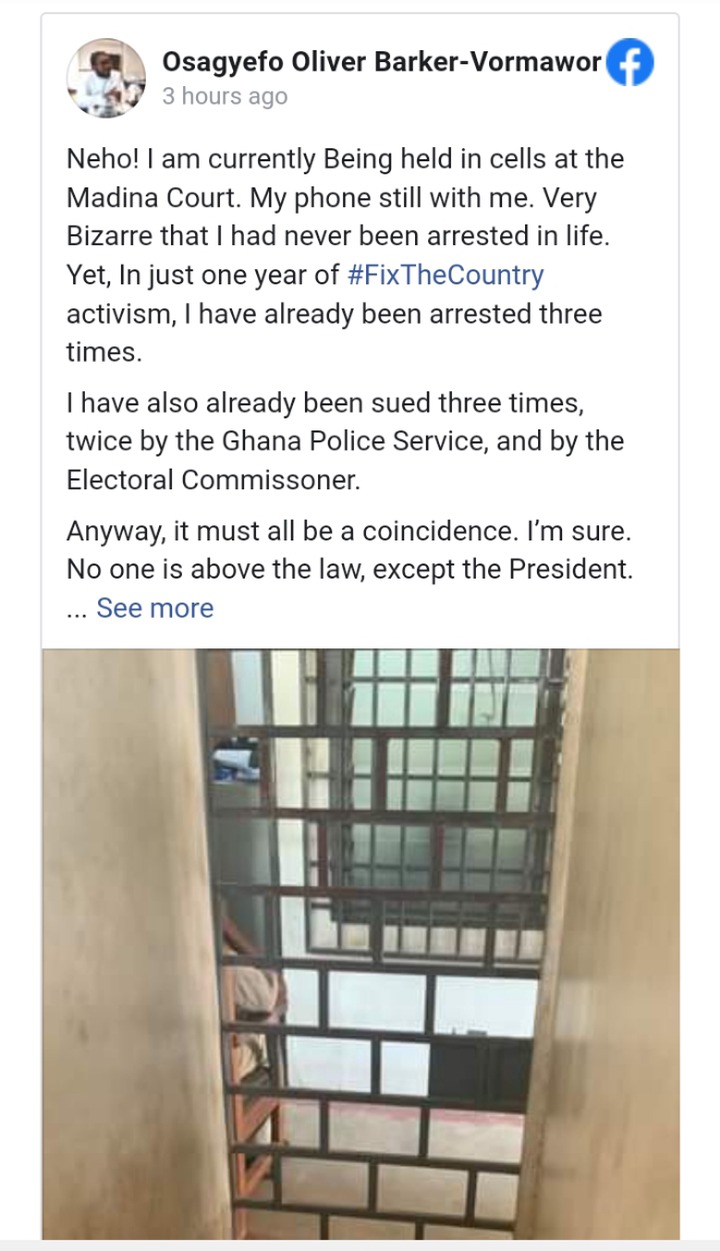 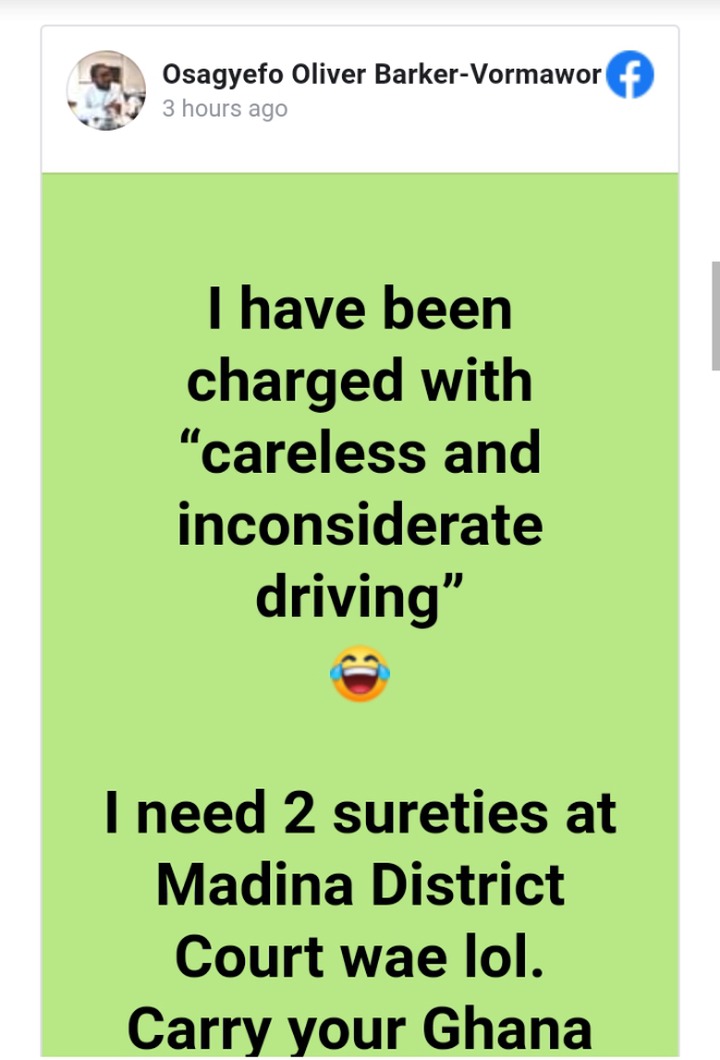 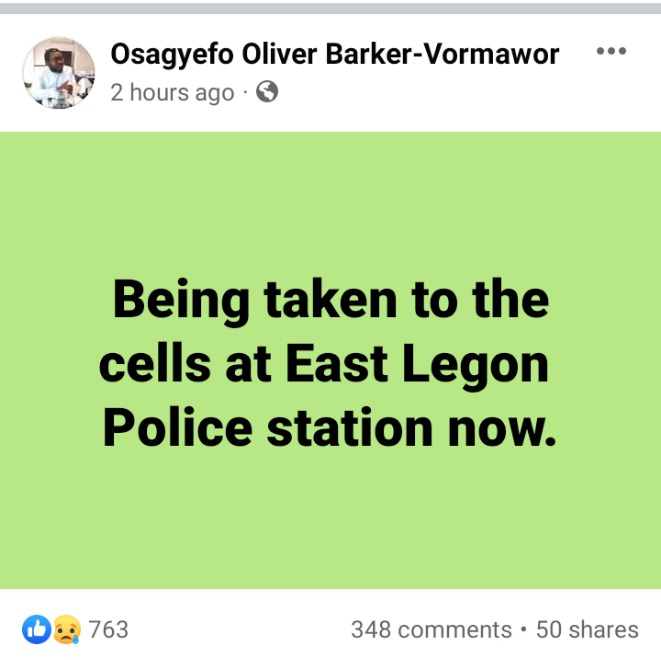 Please share your comments with me on this story, what do you think is causing Barker Vormawor to pass through all this?

Content created and supplied by: Ghentnews (via Opera
News )