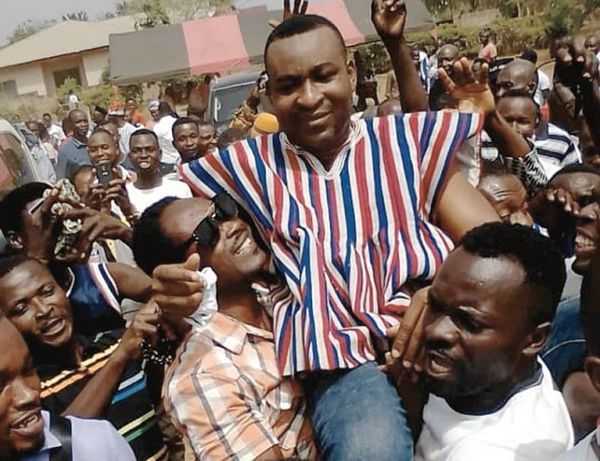 The Ashanti Regional Chairman of the ruling New Patriotic Party (NPP), Mr Bernard Antwi Boasiako, popularly known as Chairman Wontumi has received an overwhelming endorsement from various groups within and outside the party, a few weeks before the regional executives’ elections.

Representatives from various groups within the party, constituency executives, polling stations, MMDCEs and Market women, have thrown their weight behind the Ashanti Regional Chairman, describing him as the best choice to lead the party in the region for the 2024 crucial elections.

The group, in declaring their support for Chairman Wontumi, also paid for his nominations and filing fees presented to the Regional Elections Committee.

According to the group, Chairman Wontumi has an enviable track record, having led the NPP to two consecutive victories in the Ashanti Region and must therefore be maintained.

They argued that the 2024 elections will be a crucial one and therefore the leadership of the NPP in the region will require someone who has vast experience to be able to confront the party’s main opponents, the NDC.

Speaking on behalf of the group, the Constituency Chairman for Bosomtwe, Mr. Aikins Addai-Poku, stated that the group has agreed to pick nomination forms on behalf of Chairman Wontumi and also bear all the cost because they think he is the best person to lead the NPP at this crucial moment.

“He has done it before; on two occasions and we believe he can do it again. We have listened to the market women, polling station executives, MMDCEs, and even those who have no position in this party, they are all saying that they want Chairman Wontumi to be maintained and so we are here to fulfil their wishes” He said.