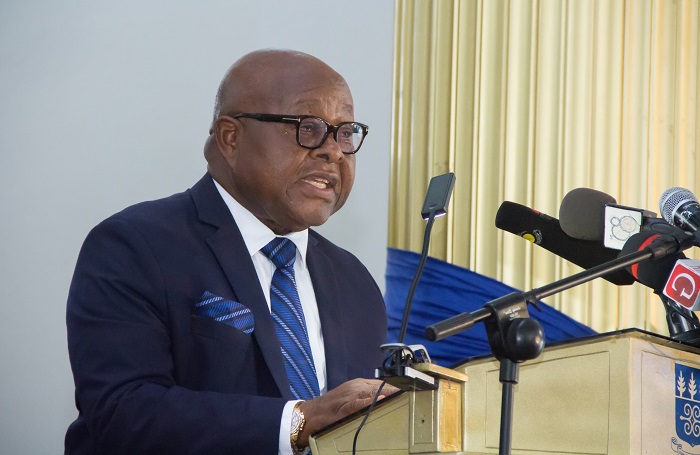 Former Speaker of Parliament, Prof. Aaron Michael Oquaye has decried the huge cost in electoral competitions in the country, stressing that “the rise of unbridled financial expenditure, both intra-party competition and national elections, is becoming increasingly dangerous.”

He has, therefore, called for examination of areas in the 1992 Constitution to put limitations on money to be expended in party primaries since the constitution requires that the internal management of the affairs of political parties should be in accordance with democratic principles.

According to him, the law must check vote buying, noting that on the national level, the screws must be tightened on the financial accountability of political parties, with sanctions provided for and applied.

Speaking at the launch of the Prof. Oquaye Centre for Constitutional Studies at the Institute of Economic Affairs (IEA), Ghana, the immediate-past Speaker said state funding of political parties needs reconsideration.

“The process must be equitable to all political parties. But it cannot be a shield of mere survival for parasitic political parties which spring up on the eve of elections only to collect state largesse,” he noted.

Prof. Oquaye asserted that the principles to qualify and all relevant controls must be clearly identified together with appropriate offences and principles.

The IEA has established this centre within the institute to help address the deficit the 1992 Constitution through a Centre for Constitutional Studies, and it is expected to bring constitutionalism in all lives of the Ghanaian society.

The centre is seeking to translate the constitution to the simplest terms and local languages with illustrations, with recommendation that it must be taught in schools, churches, mosques and civil society generally, to live by the tenets therein.

On corruption, Prof. Oquaye said this is a cancer, which continues to eat developing nations, adding that “every coup has been justified for corruption.”