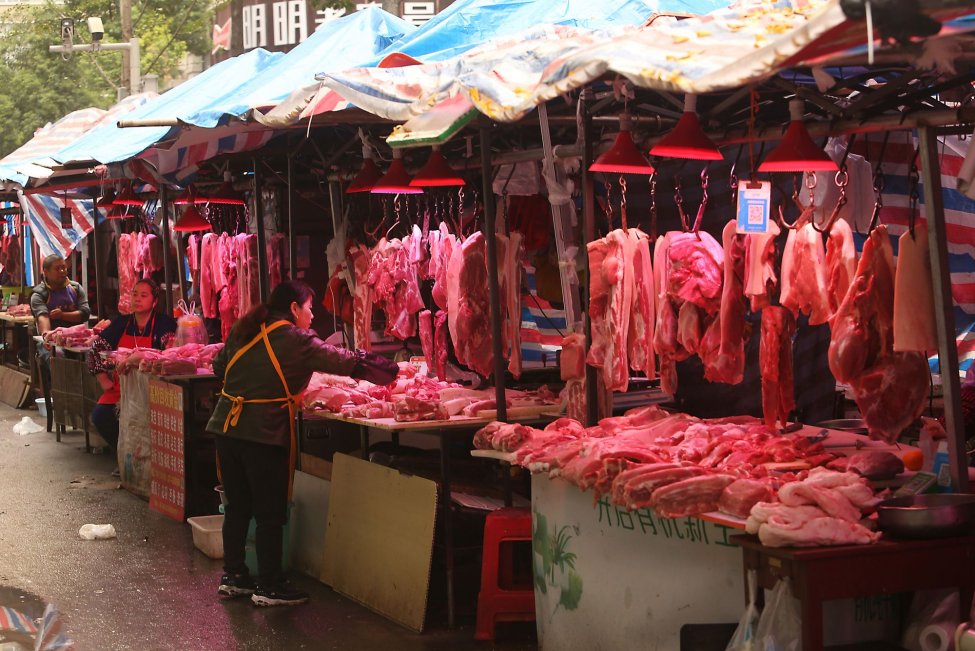 A market in Wuhan, China, like the one pictured here on Nov. 1, 2020, has been identified as the source of the COVID-19 outbreak according to a pair of comprehensive, unpublished studies made public on Saturday. Photo by Stephen Shaver/UPI | License Photo

Feb. 26 (UPI) — A pair of comprehensive, unpublished studies released Saturday indicate that COVID-19 originated at a market in Wuhan, China, countering claims from commentators and politicians who say the virus leaked from a nearby virology lab.

Researchers analyzed data from a variety of sources and concluded that live mammals sold in the Huanan Seafood Wholesale Market in late 2019 carried the coronavirus and infected humans. They found no support for the laboratory leak theory, they added.

The co-author of both studies, evolutionary biologist Michael Worobey, of the University of Arizona, told The New York Times that the totality of the evidence paints an “extraordinarily clear picture” of the virus’ origin at the market.

“It’s very strong statistical evidence that this is no coincidence,” Worobey said.

The first study concluded that the Huanan market was indeed the epicenter of the virus. The second found that COVID-19 likely came from two distinct viral lineages — one that jumped from animals to humans in late November or early December 2019, and another that followed a few weeks later.

Worobey and his colleagues came to their first conclusion by estimating the location of 156 COVID-19 cases in Wuhan in December 2019, then mapping the spread using a social media case-reporting app called Weibo. The Weibo data indicated that the concentration of cases moved further away from the market in January and February, indicating that the virus was spreading from the point of origin.

For their second study, the researchers created an evolutionary family tree of the viruses sampled during the first few weeks of the pandemic, finding a split into two major branches. Mutations in each branch indicated they must have originated from different animals separately.

Researchers didn’t specify in the text which kinds of animals were the source of the virus.

Jesse Bloom, a virologist at the Fred Hutchinson Cancer Research Center, told the New York Times that he remained unconvinced by their conclusions, claiming that the studies failed to provide direct evidence that animals at the market had indeed been infected.

“I think what they’re arguing could be true,” Bloom said. “But I don’t think the quality of the data is sufficient to say that any of these scenarios are true with confidence.”

The findings released Saturday bolster the conclusions of an earlier report from Worobey published in the prestigious academic journal Science. That study, made public in November, found that the first known COVID-19 case was a vendor at the Wuhan market.

In August, President Joe Biden received a classified report from the intelligence community indicating that research into the origins of the novel coronavirus remained inconclusive, The Washington Post reported at the time.