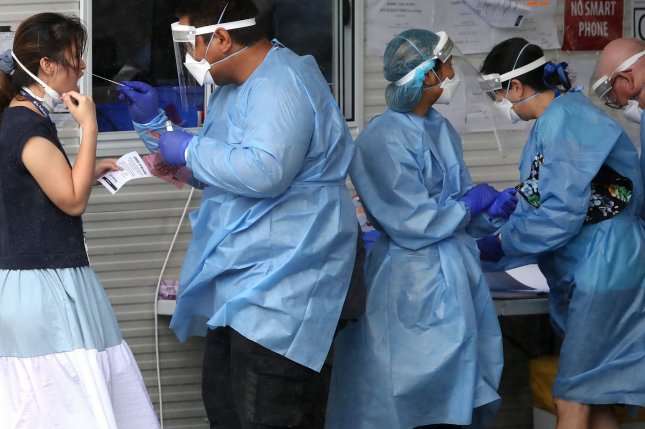 XE is a combination of previous variants, BA.1 and BA.2, Dr. Maria Van Kerkhove of the World Health Organization said in a YouTube video this week about the development.

Australian authorities on Monday lifted restrictions on travelers that required mandatory negative COVID-19 tests prior to arriving in the country.

In mid-January, Britain became the first country to detect XE and has since recorded more than 1,000 cases. XE has also shown up Thailand, Canada, Israel and India.

The United States has not officially reported any XE cases as of Friday.

“We may be done with the virus, but the virus isn’t done with us,” public health expert Michael T. Osterholm said this week. “It is clear with the emergence of new variants that this virus isn’t going to go away and become dormant anytime soon.”

Osterholm is a professor of public health at the University of Minnesota in Minneapolis and a former adviser to the Biden administration.

Earlier this month, one expert said there’s too much “hype” attached to the new variants.

“I find it very disappointing and unhelpful how much people are hyping these variants,” Jeremy Kamil, associate professor of microbiology and immunology at Louisiana State University Health Shreveport, said. “They are scientifically interesting but remain largely a curiosity. “These are not at all likely to pose a special or unique threat and we should not treat them as if they do.”

In the United States, the Food and Drug Administration gave emergency use authorization for the first COVID-19 test by a breathalyzer.