The speaker of parliament has broken the norm by showing up for the second session dressed as a traditional chief.

Alban Bagbin’s entry into the chamber was met with chants from the minority side of the house as his usual ceremonial outfit was ‘missing’ and in place, he had donned the traditional Kente over a white short-sleeved shirt with a chief’s crown.

This is the first sitting since the house went on recess during the Christmas and New Year holidays in 2021.

It would be recalled that the Speaker of Parliament had given indication that as part of efforts to effect positive change and show leadership whiles at it, he would wear the gown for ceremonial occasions only but wear more local dresses when presiding over the House.

“From next year (i.e. 2022), apart from the focus on corruption, you will see me not only speaking but acting to change even the dress code and the code of conduct of Members of Parliament. As leaders, we must show the way; we must show direction.

“And so you will not be seeing me often again with that dress code, a suit and that aristocratic cloak or gown. You may be seeing me more with traditional dresses. I may be using that (suit, cloak) only for ceremonial occasions,” he stated in an interview on Momeen Tonight on GTV late last year.

Below is his picture 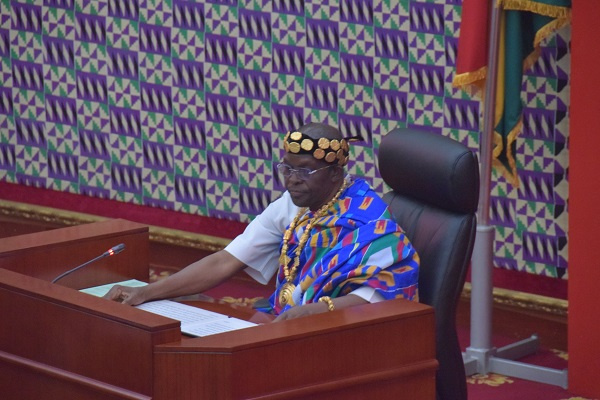 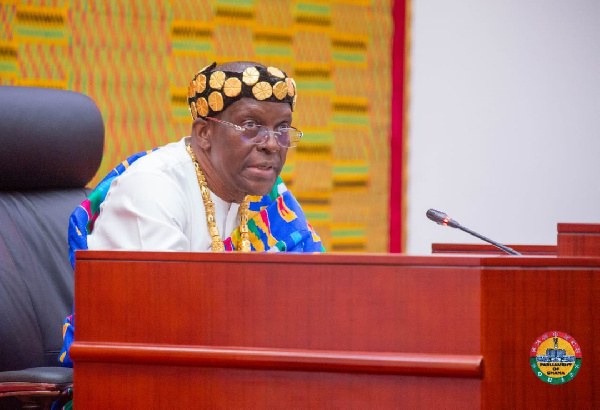 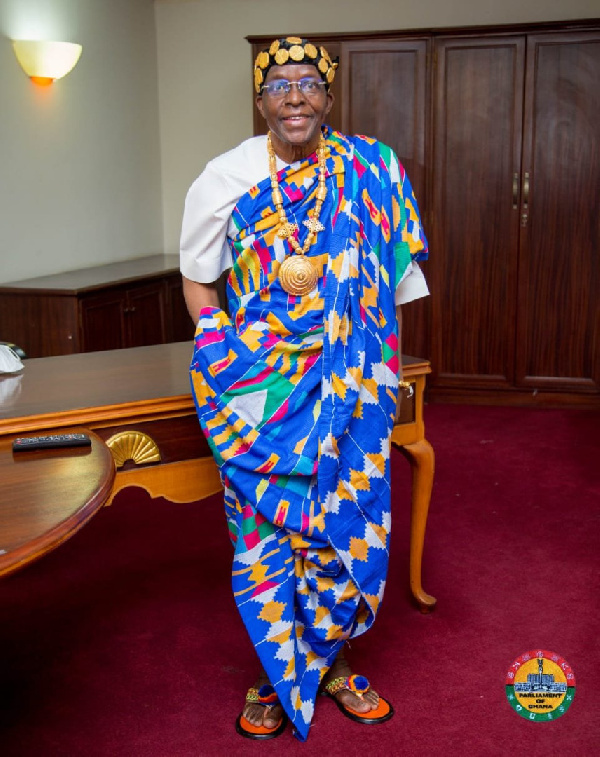