What’s in a name? When it comes to prescription drugs, a lot, experts say 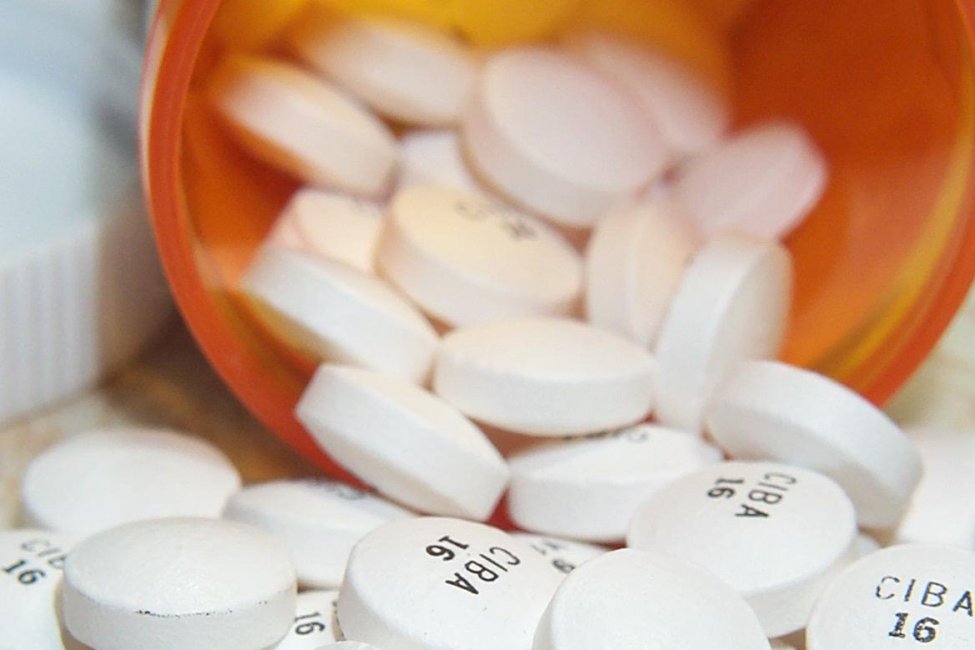 How do prescription drugs get their brand names? It’s a process, experts say. Photo by Sponge/Wikimedia Commons&nbsp

Jan. 21 (UPI) — The Food and Drug Administration announced Wednesday that it approved a drug called Quviviq for the treatment of insomnia, a disorder that causes trouble sleeping.

The brand name of that drug, which should hit the market in the United States in May if it meets the FDA’s standards for controlled substances, may seem like a mouthful.

However, there most likely is a lot of thought, and money, behind Quviviq.

“The sharp tonality of the last syllable may evoke feeling alert,” said Teck, adding that neither she nor Ixxeo worked on the brand.

“Companies spend a significant amount of time trying to get the names right to achieve their marketing objectives,” Dr. G. Caleb Alexander, an epidemiologist whose research focuses on the use and safety of prescription medicines, told UPI by phone.

“The name shapes the perception of the product, but it’s only one part of a broad, deep and coordinated marketing strategy,” said Alexander, a professor at Johns Hopkins University in Baltimore.

Here is a rough outline of the process behind the brand-naming of prescription drugs.

Drugmakers develop a chemical name for a new drug based on a set of rules established by the International Union of Pure and Applied Chemistry and the United States Adopted Name Council.

That latter group is run under the auspices of the American Medical Association, the American Pharmaceutical Association and the U.S. Pharmacopeial Convention, and any new name must reference a drug’s underlying ingredients and mechanism of action, according to the council.

The chemical or generic name also must receive clearance from by the World Health Organization’s International Nonproprietary Name program.

Bring in the consultants

Once the chemical name has been cleared for use and drug begins clinical trials, manufacturers will engage consultants such as Ixxeo Healthcare, with the goal of developing a brand name that allows for effective marketing of the product — without falling afoul of the FDA’s guidelines.

“By then, we have a pretty sure it’s going to be a keeper and not die along the way” in the research and development process, she said.

Typically, consultants work with clients to understand the drug, its category and class, and how it works, or its mechanism of action, according to Tina Goldstone, director of marketing at Interbrand, a New York City-based marketing consultancy.

From a potential list of hundreds of names, the best options are selected and “pre-screened” against databases of currently available names and legal terms, as well as world languages to prevent possible conflicts, she said.

A famous example occurred in the 1960s, when Vicks made its cough drops available in Germany, without realizing that the letter “v” is pronounced like the English letter “f” in German.

As a result, the name Vicks read like a vulgar slang term to Germans.

It is also important for new drug brands to make sure their names are not too close to those of existing products, Teck and Goldstone said.

In addition to causing potential confusion among physicians and consumers, drugs with similar names could increase the risk for medication errors, or incorrectly prescribed drugs, according to Teck.

This has become an even bigger issue in recent years, as prescribing has gone high-tech, with both prescribers and pharmacists often using software systems or devices with drop-down menus, she said.

About 1.5 million people in the United States each year suffer health complications or even death due to incorrectly prescribed medications, the Institute of Medicine estimates.

An analysis published in 2020 by the journal BMJ Quality and Safety found that 27 drug brand names used in the United States were identical to those of 38 products in other countries with different active ingredients.

“How a drug is named can have great consequences for the safe use of a medicine,” Johns Hopkins’ Alexander said.

Physicians and pharmacists usually are trained to learn the chemical names of drugs, as the brand names differ from country to country and often become irrelevant when generic forms come to market, he said.

The FDA’s 42-page guidelines on drug naming are publicly available.

In addition to ensuring brands do not create possible sources of consumers for prescribers, pharmacists and the public, names cannot refer to the drug’s active ingredients or overstate their effectiveness or benefits, Ixxeo’s Teck said.

Up to one-third of all drug names submitted to the FDA for approval are rejected, according to the agency.

“The attributes of the compound may influence the name — if it’s a powerful product with high efficacy, one might want to go for a powerful name,” Interbrand’s Goldstone said.

However, “the actual compound or generic name will not influence the name because a [brand] name that is too close to the compound name would be rejected by the regulatory authorities,” she said.

What a drug is and what it does — its mechanism of action — most likely will show up in the name, particularly if it is a first-in-class drug, or one that works differently from those already on the market, Teck said.

In addition, names also must be easy for people remember and pronounce, Teck said.

At her agency, potential names are spoken, sung, shouted and even uttered by people “holding their noses,” she said.

“We try to imagine someone with a cold, or these days wearing a facemask, approaching the pharmacy counter and saying the drug name,” Teck said.

At the same time, with direct-to-consumer advertising of prescription drugs — the United States is one of the few countries globally that allows it, though it is regulated by the FDA — a drug’s brand name also can influence its “marketability,” according to Goldstone.

An example of a drug brand name that lent itself well to marketing is the erectile dysfunction medication Viagra, a moniker designed to evoke vitality, virility and vigor, experts said.

More recently, Comirnaty, the brand name from Pfizer-BioNTech’s COVID-19 vaccine, “represents a combination of the terms COVID-19, mRNA, community, and immunity,” according to the manufacturers and the Miami-based Brand Institute, which aided in the naming process.

Often, these names are tested with groups of physicians, pharmacists and consumers to make sure that they resonate with all three, Goldstone said.

However, given FDA restrictions, how much their feedback ultimately influences the final brand name choice often is limited, Ixxeo’s Teck said.

“This is not an area of drug product development most consumers are aware of,” Johns Hopkins’ Alexander said.

“Yes, there’s an interest in having something that is easy to recall, fairly easy to pronounce and sticky, and the stickier the better, but that’s only some of the considerations involved,” he said.