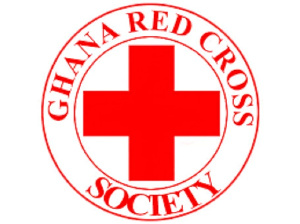 The red cross has urged the public to acquire first aid

The Ghana Red Cross Society (GRCS) has urged the public to endeavour to acquire first aid knowledge and skills to save lives.

According to them, first aid was the basic medical treatment given to the injured in the event of an accident or emergency to prevent exacerbating conditions until help arrives.

The Public Relations Officer (PRO) of the GRCS, Captain Adabuga disclosed this in an interview with Accra-based radio station, Angel FM monitored by the Ghanaian Times in Accra yesterday.

His comment followed a recent gory accident that occurred on Friday, January 13, 2022 at Ekumfi Bogyano near Mankessim in the Central Region.

Capt. Adabuga said if the rescuers at the time of the incident were knowledgeable in first aid, many lives could have been saved.

He stressed the need for public sensitisation to educate the public on how to administer first aid to victims of crashes when they found themselves at the scene of incidents before the arrival of health experts.

“Those who meet the victims at the point of the crash can open their airways. Sometimes the victims are not dead; it is just a matter of opening their airway to breathe to come back alive, else they would all be counted as dead,” he added.

Capt. Adabuga also advised travellers to avoid eating while onboard moving vehicles to protect their lives.

This he said could lead to the blockage of the person’s airway when the unfortunate happens.

“You could be lying on the ground alive but be reckoned as dead because you are not breathing; the food has blocked your airway because you could not swallow it as a result of the impact of the crash,” he stated.

The accident which involved a commercial Sprinter bus with registration number GR 6201- 21, was believed to be heading from Mankessim to Accra.

ASP Mrs Beatrice Sintim-Koree of Mankessim Motor Traffic and Transport Department of the Ghana Police Service who briefed the media said the back tyre of the bus driven by Amede Sherrif now deceased, got burst while speeding with about 16 passengerson board.

She said this eventually caused the vehicle to somersault several times leading to many getting injured and seven dying.