COVID-19 vaccine trial participants report side effects even with placebos 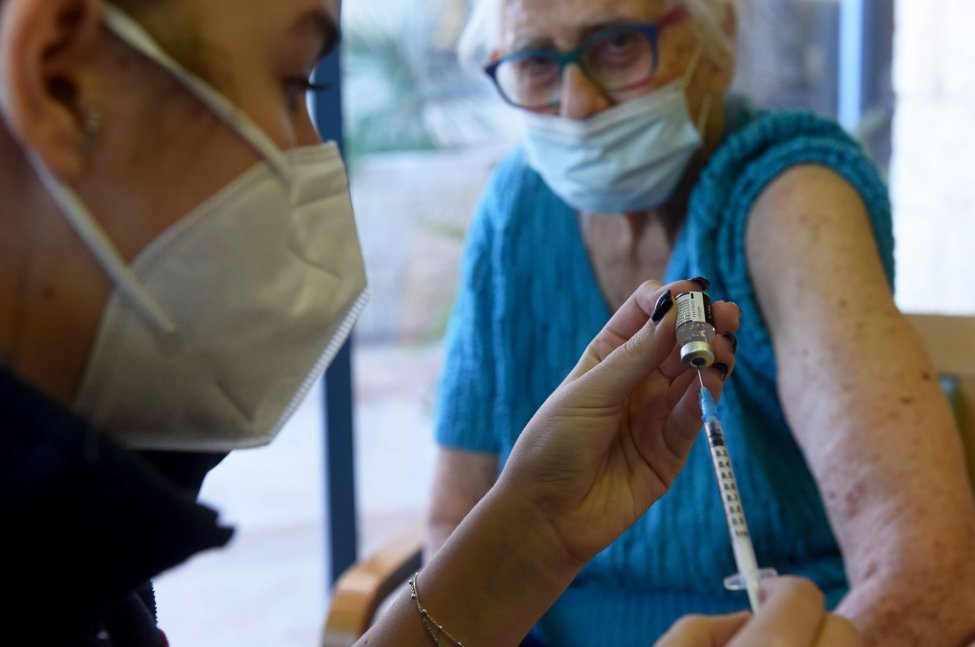 COVID-19 vaccine clinical trial participants reported side effects even if they received a placebo, suggesting some post-shot complications may be a “placebo effect,” researchers say. File photo by Debbie Hill/UPI | License Photo

In comparison, 76% of the participants who received actual vaccines against the virus in the 12 trials included in the analysis indicated that they had at least one side effect after the shots, the data showed.

The most common side effects among placebo recipients in the trials were headache, which affected 18% of them, and fatigue, which occurred in about 16%, the researchers said.

A placebo is a substance or treatment that is designed to be “inert,” or have no therapeutic effect, according to the National Institutes of Health. Placebos are used in clinical trials as comparators to show the potential effects of a drug or vaccine versus doing nothing at all.

Comparing results from the two groups indicates whether changes seen in those given a drug or vaccine from the treatment or occur by chance, it says.

“This suggests that many reports of systemic side effects may be due to a placebo effect rather than to the vaccines themselves,” said Haas, a researcher in the placebo studies program at Beth Israel Deaconess Medical Center in Boston.

Those who received the actual vaccine and the placebo reported pain and swelling at the injection site, though the number was lower in the placebo group.

Previous studies have suggested that injection-site reactions such as pain, swelling and redness are common with the COVID-19 vaccines, but that serious side effects are rare.

Haas and her colleagues included data from 12 clinical trials for several COVID-19 vaccines, including those Johnson & Johnson, Moderna and Pfizer-BioNTech, which have been approved for use in the United States, as well as four others, including three still being developed.

They focused on side effects reported by participants in the placebo arms of these trials, all of which used different inert substances, though saline solutions were the most common, the researchers said.

“Since many people treated with placebo also report side effects, this suggests that the vaccines may actually cause fewer side effects than one might infer from looking only at those who got a vaccine, without also making the comparison to those who got a placebo,” Haas said.