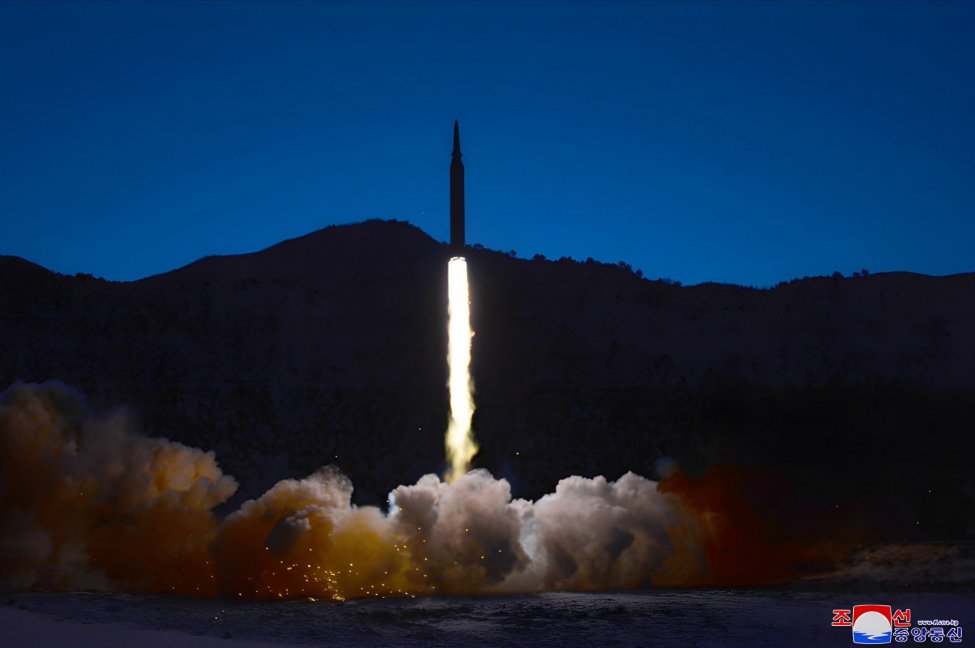 SEOUL, Jan. 16 (UPI) — North Korea launched a pair of what appear to be short-range ballistic missiles on Monday morning from its international airport in Pyongyang, the South Korean military said, marking the secretive regime’s fourth weapons test in less than two weeks.

The projectiles were fired from Sunan Airfield, South Korea’s Joint Chiefs of Staff said in a text message to reporters. The JCS said the military is tracking developments and remains in a “readiness posture” but offered no further details.

On Friday, the North fired a pair of short-range ballistic missiles into the sea between Korea and Japan from what it later announced was a railway-based platform. Earlier that day, Pyongyang released a statement warning of a “stronger and certain reaction” after Washington imposed sanctions on several individuals and entities connected with the North’s weapons program.

North Korea also concluded what it called the “final verification” of a hypersonic weapons program with missile tests on Jan. 5 and Tuesday.

The United States called last week for additional United Nations sanctions over North Korea’s ballistic missile launches dating back to September, all of which are in violation of existing U.N. Security Council resolutions.

U.S. Secretary of State Antony Blinken condemned the flurry of launches on Friday in a call with his South Korean counterpart, Chung Eui-yong, and reiterated Washington’s “ironclad” defense commitment to Seoul.

Washington has repeatedly called on Pyongyang to return to dialogue, but nuclear negotiations have remained at a standstill since a February 2019 summit between then-U.S. President Donald Trump and North Korean leader Kim Jong Un ended without an agreement.

In its statement on Friday, Pyongyang said that the Biden administration “is trumpeting about diplomacy and dialogue,” but remains “engrossed in its policy for isolating and stifling [North Korea].”