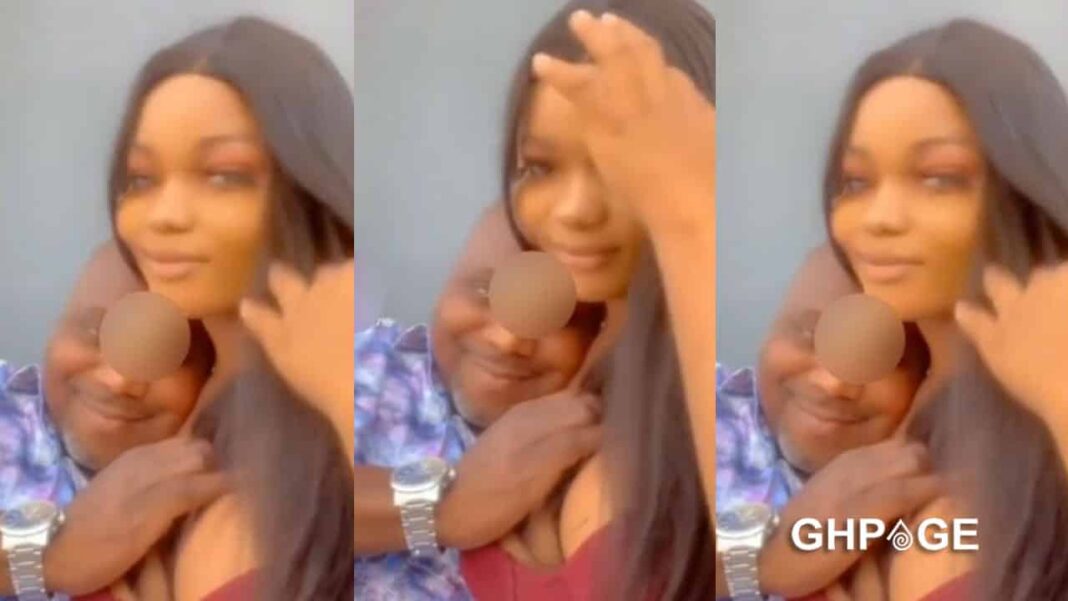 The year 2022 appears to be the perfect time for sugar daddies and their side chicks to come out of the closet to broadcast their secret affair.

In recent weeks, a number of inappropriate videos of married men seen in compromising positions have dominated the internet raising eyebrows about the relevance of the institution of marriage.

A new video sighted by GHPage captures the intimate moment of a sugar daddy resting his head on the succulent breasts of his mistress without regard for the emotional trauma it might cause to his wife.

The sugar daddy, who was obviously enjoying the company of the beautiful lady, had his hands placed in the cleavage of his side chick who graciously consented to be groped.

The video has elicited varied reactions from netizens who have condemned the inappropriate trend of women going after married men with the intention of milking them and getting rich quick.

Check out the video below

What used to be an abominable act for men to have extra-marital affairs has now become normality in society with the advent of social media and the advancement of technology.

While the wives of these married men are ‘bleeding’ at home knowing well their husbands are out there working their asses off to take care of the home, their young counterparts are apparently enjoying romantic moments with them without any iota of respect.