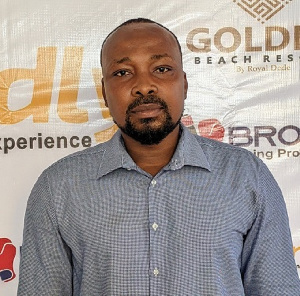 A boxing enthusiast, Dauda Fuseini has vowed to prioritize the capacity trainers when he is elected as Vice President of the Ghana Boxing Federation (GBF) at its Elective Congress.

The GBF will on Saturday hold its Elective Congress at the Accra Sports Stadium to elect new officers for the next four terms.

Dauda will be gunning for the position of Vice President, he has served in several capacities at the regional level.

Speaking in an interview with the Times Sports over the weekend, Dauda said the development and promotion of boxing at the amateur level has been a passion he has nurtured over the years and was ready to take it a notch higher.

But in transforming the fortunes of the sport, Dauda said there are many other things one should get right before reaching the heights required.

One of such things to consider, he said, was building the capacity of boxers in the country.

“When elected as a Vice President of the GBF, my main focus will be to build the capacity of our coaches. Together with my team, we will organize training programmes for them to all become AIBA Certified coaches.”

“When they all become certified AIBA coaches, they can represent the nation in international competitions. It will also impact positively on the kind of preparation our boxers get ahead of international games,” Dauda explained.

According to him, the new management team with him as Vice President will embark on a stern sponsorship drive to put the federation on a sound financial footing.

In his view, financing federations from individual pockets was not sustainable and does not augur well for the growth of the sport, adding that, “that process was not the best because it has the tendency to keep away people with good and brilliant ideas but lack the financial wherewithal to lead.”

He said the poor preparation of the national team, the Black Bombers and failure to leave early for competitions to acclimatize are all a result of the lack of finances.

“If we have a good sponsorship, training and camping and other issues would not be much of a problem. We struggle because there is no money in our coffers and the federation head cannot provide.”

“Dauda as Vice President would also ensure there are enough regular competitions on the local scene to unearth talents from all the corners of the country”, he said.