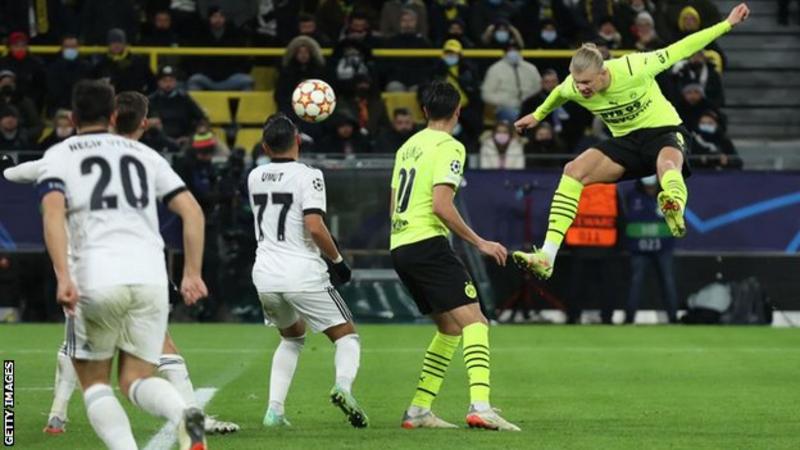 Borussia Dortmund ended their Champions League campaign with a thrashing of 10-man Besiktas in the knowledge they could not reach the knockout stage.

He tripped Mahmoud Dahoud in the box and Marco Reus scored from the spot.

The 21-year-old Norway forward had only been on the pitch five minutes when he headed in his first and then rose highest to nod in a second from a corner.

Dortmund were already certain to finish third in the group, taking them into the Europa League, while Besiktas finish bottom without gaining a point.

2021 AFCON: We were not good enough to win the title