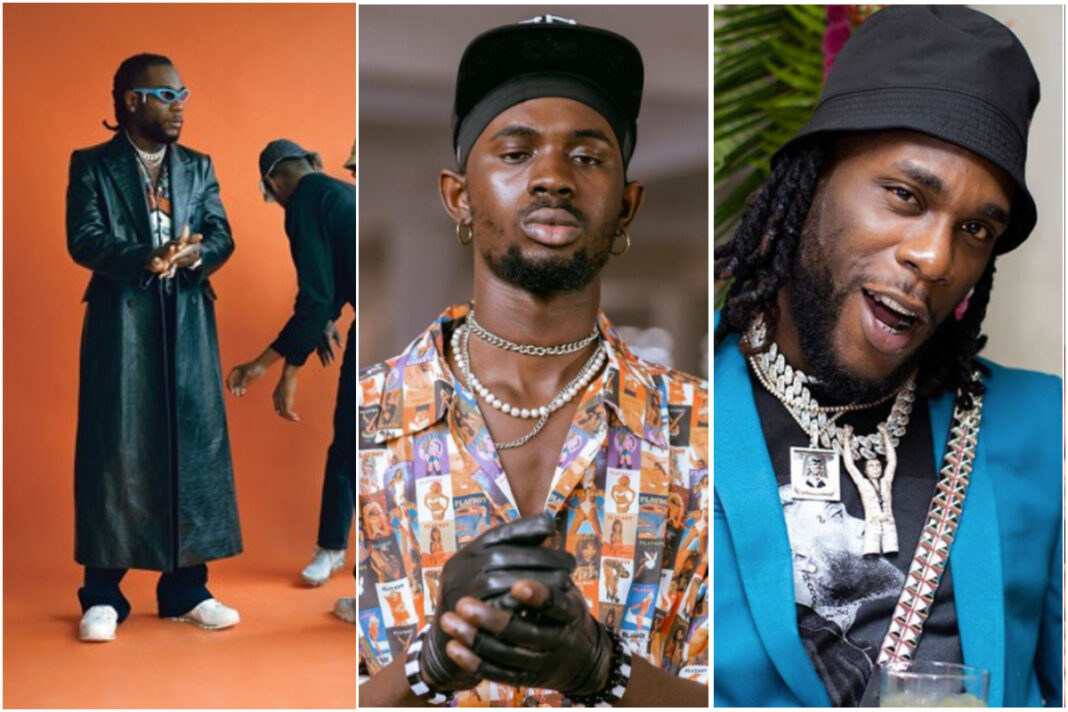 Grammy award-winning Nigerian singer Burna Boy has announced that Ghanaian youngster Black Sherif has been included in his worldwide tours this festive season and probably beyond.

Following their historic joint collaborative effort on the remix of Second Sermon which was released on Wednesday, December 8, 2021 – the Nigerian superstar is set to provide the pedestal for his Ghanaian counterpart to expand his horizon.

In a post sighted on Instagram, Burna Boy said Black Sherif will be part of his entourage and asked all his fans to learn the Twi language so they can jam to their performance massively.

He wrote; @BlackSherif is coming on tour with me. Second Sermon Remix Featuring Me(Burna Boy) Out Now!! You Better Learn The Whole Song Before Coming To Any Of My Shows. Yes That Includes The Twi( A Ghanaian Language) Parts. Thanks. Love….Damini.

Previously, we reported that Black Sherif is not resting on his oars as he readies to augment his newfound fame with a huge hit song on the heels of his First and Second Sermon songs.

The Sad Boys President as sighted in a new video making rounds on the internet is seen giving us a glimpse of a new song he’s set to drop which could even surpass the popularity of the aforementioned songs.

We got to know the single is dubbed Gold Digga and it promises to be pure fire punctuated with his unadulterated talent. Watch the video below;