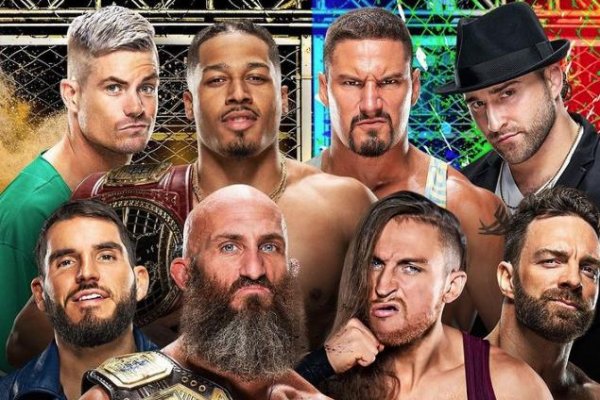 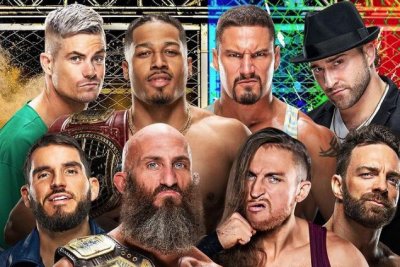 Dec. 6 (UPI) — The past and future of WWE’s developmental brand collided in the main event of NXT’s latest pay-per-view offering, WarGames.

Gargano started the match against Hayes in what might be his final apperance inside an NXT ring. Team 2.0 had the advantage heading into the match with Waller entering the bout next for his team.

Dunne was up next and helped apply a Crossface to his opponents alongside Gargano. D’Angelo entered the cage next bringing with him a host of weapons including trash cans and kendo sticks.

D’Angelo also used a chain to look the cage door, which momentarily kept Knight from helping his friends until he climbed the cage. Breakker’s turn was up with the grappler grabbing bolt cutters to get rid of the lock.

Ciampa was the last to enter the cage, officially signaling the start of the match. The champ drove Breakker into a trash can from the top rope while Waller sent Knight crashing through a table from the top of the cage.

D’Angelo introduced a crowbar into the fight and used it on Dunne. Gargano and Ciampa, whose NXT careers have been linked together through their time as tag team partners and later rivals, worked together once again to take on Breakker.

The duo paid homage to their DIY days and attacked Breakker together, however, Hayes was able to stop Gargano and Ciampa from pinning Breakker and winning the match.

Breakker recovered and drove Ciampa through a table before he delivered a Powerslam to win the match for Team 2.0.

Gargano, afterwards, thanked the fans for all their support and said he would explain what is going on with his career on Tuesday.

Ray started the match off using a bat against Kai who brought in a collection of kendo sticks. Jade was the next to enter who started using her signature skateboard as a weapon.

Dolin entered next followed by Shirai. Jade risked it all by leaping off the top of the cage to put Jayne through a table. The move injured Jade’s shoulder, causing Shirai to later pop in back into place. This left Jade unable to compete much as Gonzalez and Rose later entered the ring to officially began the match.

The match ended when Jade realized that all the other competitors were down after Gonzalez took Jayne out with a Chingona Bomb. Jade was able to get up and pin Jayne to win the match for her team.