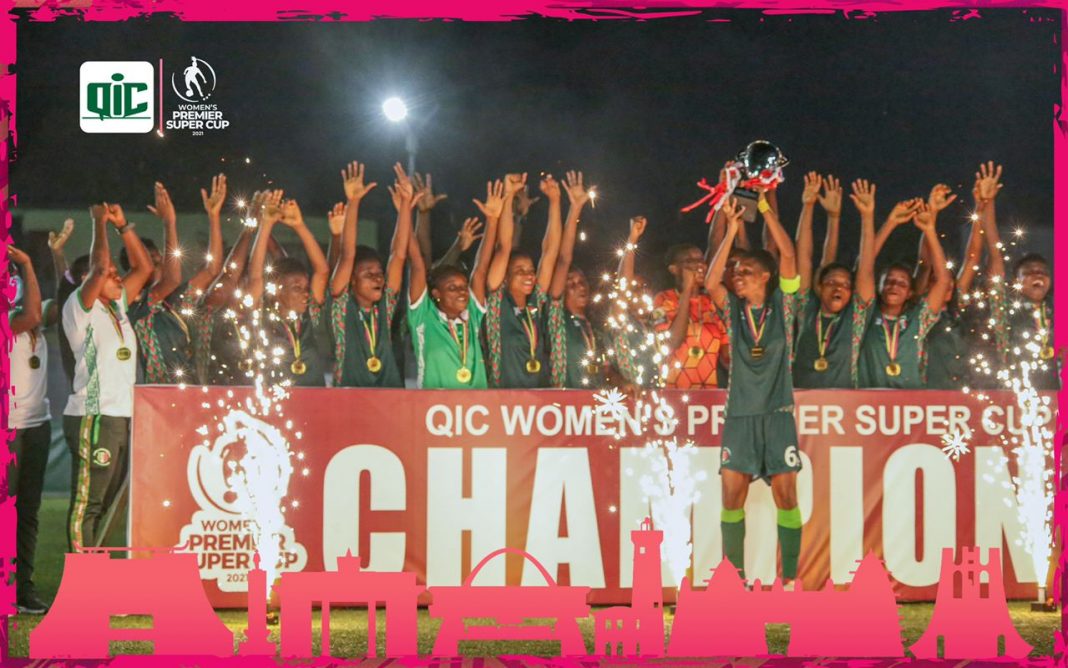 Veronica Appiah grabbed a brace before Edith Ogbonna registered an own goal to gift the CAF Champions League finalists a well-deserved win.

Veronica Appiah opened the scoring in the 14th minute after first taking on two defenders before slotting home.

Appiah again scored the second goal four minutes before the break as she rounds goalkeeper Ntiwaa Nketia to calmly slot home ending the first half 2-0 against LadyStrikers.

Gifty Ogbonna scored an own goal as she directs a long Hasaacas set-piece into her own net to make it 3-0 for Hasaacas Ladies.

Gladys Amfobea reduced the deficit in the 80th minute.

The comeback was, however, too late as Hasaacas Ladies held on to win the contest 3-2 at the Zurak Park at Madina.

The Women’s Premier Super Cup is Hasaacas’ fourth in the 2020/21 season in five finals they have participated in with the CAF Champions League being the only trophy to have eluded them in the calendar year.