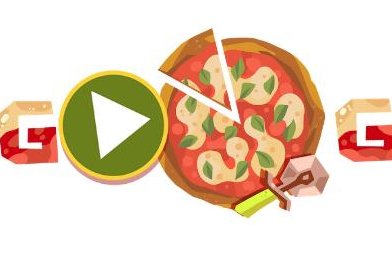 Google is paying homage to pizza with a new Doodle that offers users an interactive game to play. Image courtesy of Google

Dec. 6 (UPI) — Google is celebrating pizza with a new Doodle that serves as an interactive, pizza-cutting game.

Google’s homepage features the company’s logo alongside a play button and a pizza pie.

Clicking the play button begins the game, which tasks users with cutting different types of pizzas with a variety of toppings. Each type of pizza needs to be cut in a unique way to include a certain amount of toppings, with users graded on how well they do.

Google also notes that on this day in 2007, the culinary art of Neapolitan Pizzaiuolo was added to the UNESCO Representative List of Intangible Cultural Heritage of Humanity.

The art of the Neapolitan Pizzaiuolo is a culinary practice involving four phases connected to the preparation of a pizza’s dough and its baking in a wood-fired oven.

Naples is widely credited as the birthplace of the modern pizza.