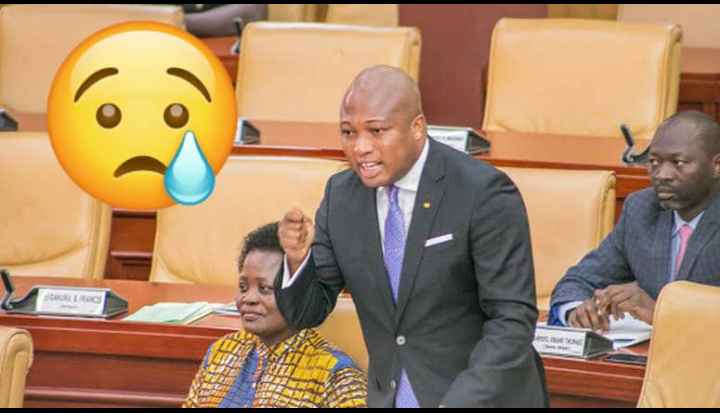 In a Facebook post which was drafted by the member of Parliament for the North Tongu in the Volta region reveals the plans of government in relation to the electronic levy which may be effective in Ghana’s tax system next year.

As at now, Ghanaians seem to be unaware whether the budget has been approved or not. The minority in Parliament has rejected the 2022 budget while the majority has also approved it. This has caused a lot of confusion in the country.

According to the post made by the member of Parliament, he made mention of a huge amount of money which will be given to the sole collector of the E-levy from Ghanaians. According to him, government will allocate ¢241,933,000 to the company that will take charge of the collection of the electronic levy. This money is so huge and can create thousands of jobs in the country. The telecommunication communication companies in Ghana already have the data for all mobile transactions so why should the government get another company to be in charge.

According to Okudzeto Ablakwa, this is a way the government is using to loot the monies from Ghanaians. This company is also expected to get more money than all government agencies in the country.

If this is true as per what the member of Parliament posted, then this will be the boldest attempt to steal from Ghanaians. It also shows that, the huge taxes will not be used well since companies will be taking their share leaving just few monies left for the development of the nation.

The problems in Ghana are just three. These are:

#3. Poor public infrastructures such as poor school buildings and other facilities which may be dangerous or not available.

If this E-levy is used like this, then the country has no hope to solve the problems above.

I urge the government to do the right thing and make use of the tax payer’s money. 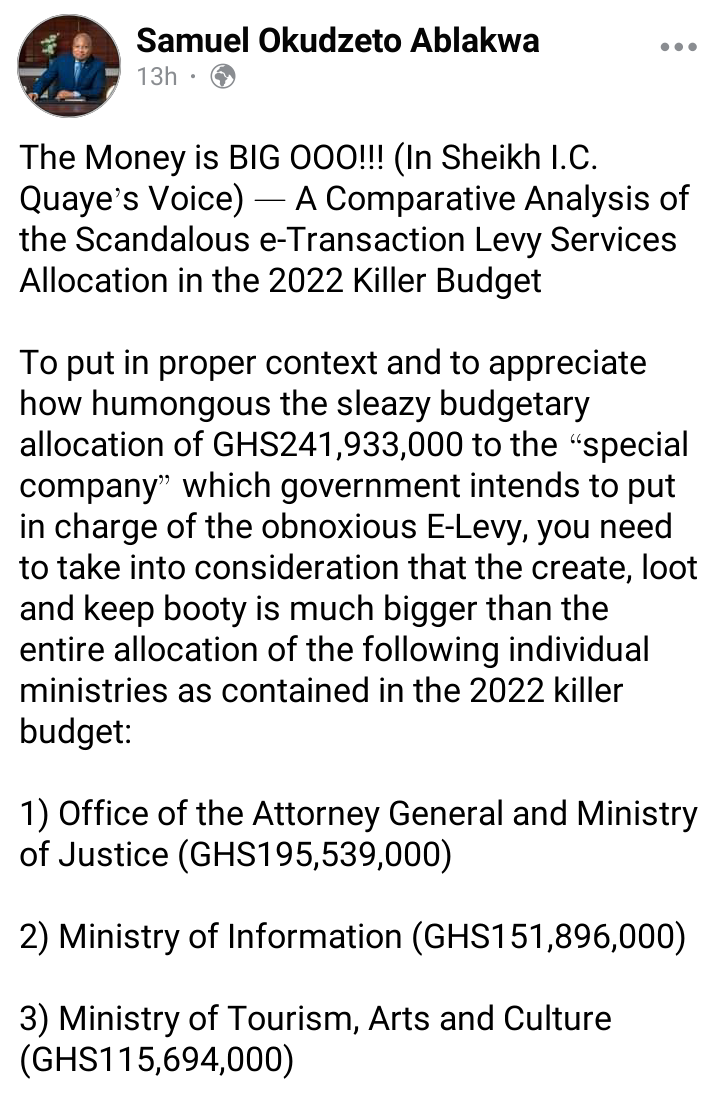