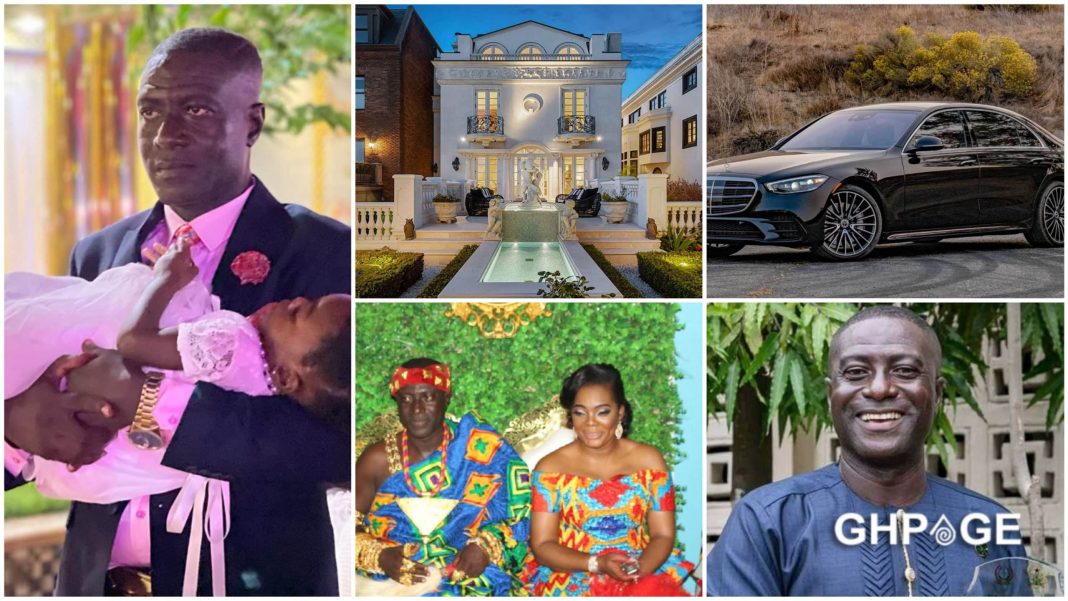 Captain Smart is a well-known constructive in Ghanaian society. He’s a celebrated radio personality who’s built a name for himself in the media industry.

Captain Smart began working for Adom FM in 2013 and left in 2019. He possesses exceptional language abilities which has always given him an advantage in his successful profession.

Captain Smart’s official name is Blessed Godsbrain Smart. He was born on 5th May 1975 in one of the small villages in the Eastern Region of Ghana.

The award-winning broadcaster had both his primary and JHS education in a government school in his town before gaining admission to Apam SHS in the Central Region for his secondary education.

After passing out the SSCE with flying colors, Captain Smart moved to the capital to pursue his passion for the radio job after enrolling in one of the best journalism schools.

After studying journalism for 2 years and obtaining a diploma in mass communications, Captain Smart inched a furthermore on his educational ladder by entering Garden City University for a degree program.

The forever exceptional Captain Smart began his sublime career in journalism at Fox FM in Kumasi. He went on to work at OTEC FM and Kesewa Radio before landing a job at Multimedia Network’s Nhyira FM.

His career and accomplishments at Nhyira FM were so impressive that he was the natural successor to then-famous Adom FMs Adakabre after the latter left the station.

Captain Smart’s agility and experience rapidly made an impression on Accra’s airwaves, and he has since established himself as one of the country’s greatest radio journalists and Morning Show hosts.

He moved to Angel FM after a successful decade with Multimedia, where he resigned owing to his controversial nature of criticizing politicians in the country, for which he was suspended.

Captain Smart has 10 children from two marriages and other concubines who are not publicly known.

Captain Smart first married Afia Pokuaa but their marriage only lasted for three years. He was accused by the media of snatching Afia Pokuaa from her late spouse.

Most Ghanaians labeled him a wife snatcher as a result of this, which he claims was the reason he left her. Captain Smart and Afia Pokuaa’s marriage was short-lived, according to Afia.

He’s now married to Akosua Sikapa Smart after walking down the aisle with her in 2019.

Captain Smart is estimated to be worth around $2 million because aside from working with the media, he’s also an angel investor.

He has three huge mansions scattered around the country with the most known one situate in Accra.

The veteran broadcaster has a Toyota Land Cruiser, a Range Rover and a small sports car.

Captains Smart has over 20 awards under his sleeves. On Saturday 29th August 2020

The ‘King of Morning Shows’ works was recognized at the Foklex Media Awards held in Accra on Saturday, 29th August 2020 where he won the best Morning Show presenter in the Greater Accra Region.