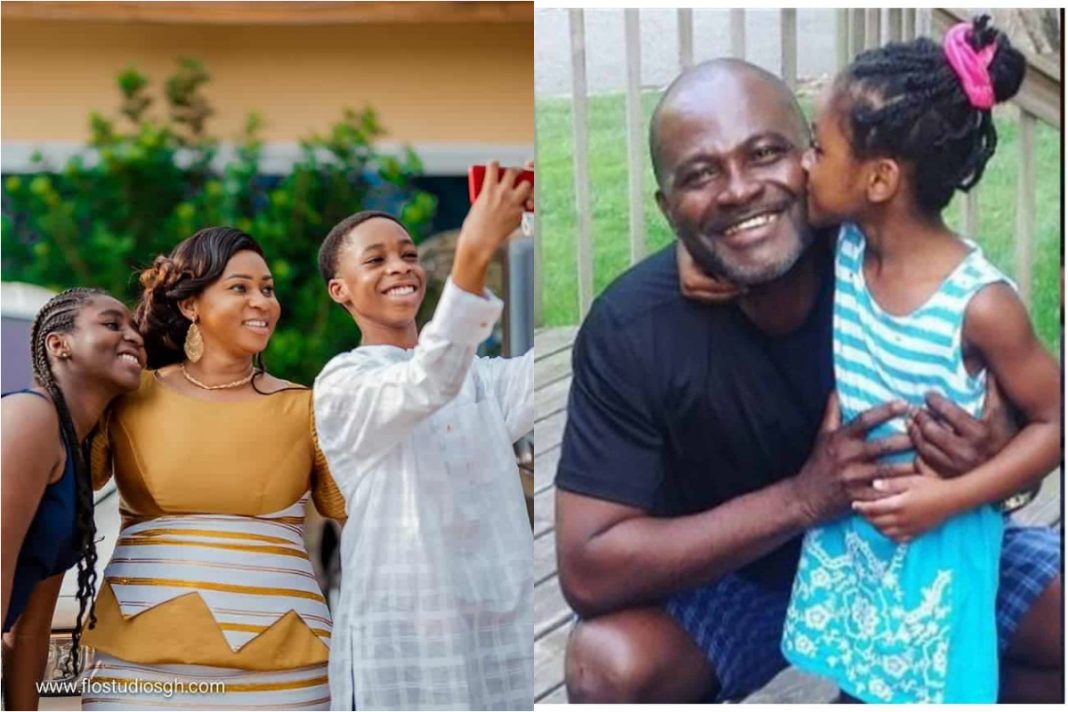 Maverick politician, Kenndey Agyapong has fathered lots of children with different women and he has no plans of backing down with the number of children he has been able to produce.

The proud mother took to social media to flaunt her amazing children to the world.

From the photos seen, Adwoa Safo is dressed in a gold and white gown in as they beamed with smiles. Her son, Ohene, donned a white boubou, while her daughter Daniella, rocked a blue straight dress.

Sharing the photos she wrote: “The memories we make with our family is everything.” – Candace Cameron Bure Happy Sunday my Instagram Family.”

In a related development, Adwoa Safo is catching a lot of heat on social media after it was alleged that she was impersonated in parliament during the approval for the budget.

A video showing the moment the alleged impersonator of the Member of Parliament for Dome Kwabenya, Sarah Adwoa Safo run out of Parliament aided by Assin Central MP, Kennedy Agyapong has surfaced on social media.

Ghanaians couldn’t keep mute after a viral photo surfaced on social media that suggested that an unidentified lady sat in for Sarah Adwoa Safo during the approval of the 2022 Budget.

However, a video that has emerged online suggests that Kennedy Agyapong apparently masterminded the move as in the video he is seen making a call and signaling the ‘fake’ Adwoa Safo to leave the chambers to prevent being detected.

While leaving the chamber, the supposed Adwoa Safo imposter tried not to let the camera capture her face before she was escorted by an unidentified man out of the house and it was seemingly obvious that she struggled to keep up with the appearance.

Meanwhile, the Minority in parliament has served notice that it will investigate the appearance of Adwoa Safo in Parliament. They stated that there are strong indications that the woman who attended Parliament to pass the 2022 budget statement is an imposter.