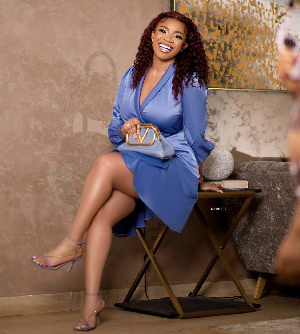 Media personality, Serwaa Amihere on December 2, 2021, wished former Black Stars player Emmanuel Agyemang Badu as he marked his 31st birthday but adds that she knows he isn’t 31 years old in a tweet that has since been deleted.

“Happy birthday Agyeman Badu. As for me, I know you are not 31. Na me kraa how old am I?” he shared.

Taking someone who dragged another for cyberbullying it wasn’t expected that Serwaa Amihere was going to make such a statement to the former Blkackstars player.

However, whilst most Ghanaians shredded for cyberbullying, it was expected of Serwaa Amihere to know better than make such statements on Twitter.

became popular when he showed up for an audition and was chastised for rubbishing Nana Aba Anamoah, Serwaa Amihere and Bridget Otoo who served as judges for the Next TV Star event.

The blogger, according to Nana Aba Anamoah, spewed “utter nonsense” about them on social media, and their decision to berate him gave the young guy newfound fame. 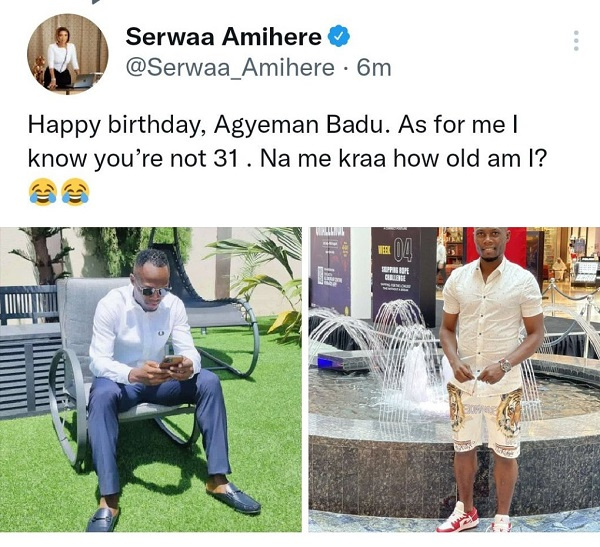