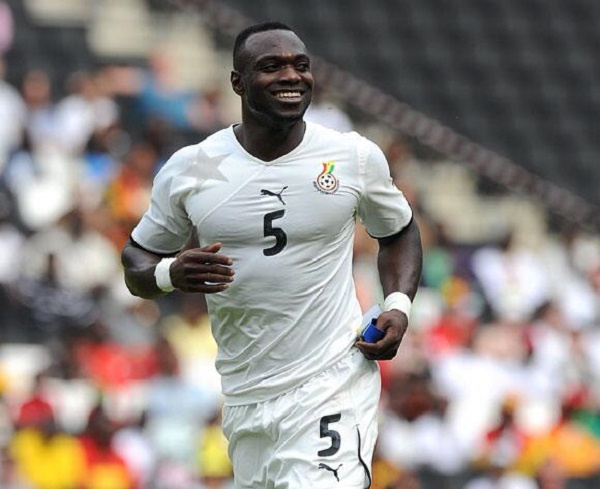 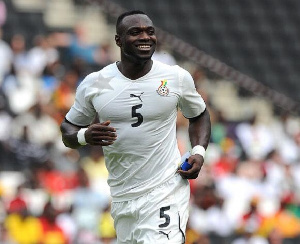 John Mensah made 86 appearances for the Black Stars

Former Black Stars defender, John Mensah is best known for his work rate and discipline nature in carrying out his duty as a defender.

Mensah, who celebrates his 39th birthday today, made 86 appearances for the Black Stars scoring three goals. He scored one in during his Under-20 days, making four goals in total in the national colours.

John Mensah’s first-ever goal came at the U-20 FIFA youth World Cup in Argentina. An extra-time goal that edged out Brazil in the quarter-finals. Ghana won 2-1.

He made his senior debut for the Black Stars in 2001 but scored his first goal for Ghana in a 2-0 win over Sudan in a friendly 2011.

John Mensah went on to score twice at the 2012 AFCON co-hosted by Equatorial Guinea and Gabon. His fist came in a group game against Botswana and the second game against Tunisia in the quarter-finals.

Watch highlights via the link below