Klopp refuses to apologize for labelling AFCON as ‘little tournament’ 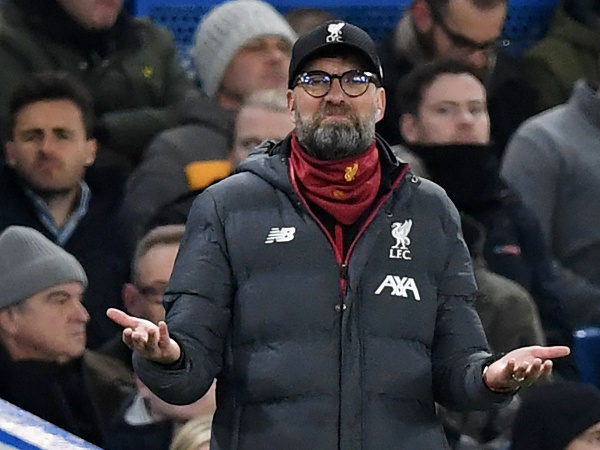 Jurgen Klopp described the AFCON as ‘little AFCON in January’

Some Africans have said that Klopp is being racist

Liverpool manager, Jurgen Klopp has refused to apologize for the ‘little tournament’ AFCON comments he made after his team’s 4-0 win over Arsenal on Sunday, November 21, 2021.

Jurgen Klopp in his post-match interview after the game labelled the Africa Cup of Nations which is the second oldest continental competition in the world as a ‘little tournament’.

The English Premier League giants will lose Mohammed Salah, Naby Keita and Sadio Mane for Egypt, Guinea, and Senegal respectively when the prestigious Africa Cup of Nations start from January 9 to February 6, 2021. “I’ve heard that so often that there’s no international break until March. In January, there’s a little tournament in Africa, I just want to say, and I think Asia is playing games, too – South America as well, great, can’t wait,” Klopp said when asked if he was “relieved” that they had got through a busy period with “no international break until March.

However, Jurgen Klopp has refused to apologize for the comments which some deemed to be racist.

In a post-match conference after Liverpool’s 2-0 win over Porto, a journalist asked Klopp to apologize, stressing that he insulted the players, fans, people, and continent of Africa with the ‘little tournament’.

But Klopp said “I didn’t mean it like that. I don’t know why you understand it like that. It’s not even close to the idea in my mind that I want to talk about AFCON as a little tournament, or the continent of Africa like a little continent, not at all.

“What I meant is, because people said, and if you watch the full press conference if you wanted to understand it in the right way you could have understood it in the right way. I said ‘there’s no international break anymore until March’ and I said: ‘Oh and there’s a little tournament in January,’ and I didn’t mean a little tournament, just like you say it when there’s still a tournament. It’s ironic. There’s still a tournament. A big one. We lose our best players to the Africa Cup of Nations.

“It was not my intention, but you made something of it. That’s not so cool as well to be 100 percent honest.”