Ghana is not poor – John Kwakye 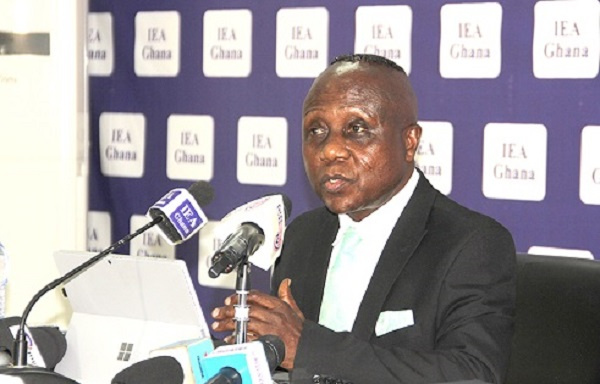 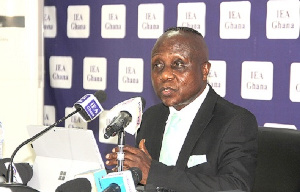 Director of Research at the Institute of Economic Affairs, Dr John Kwakye

John Kwakye does not believe Ghana is broke

Director of Research at the Institute of Economic Affairs (IEA), Dr John Kwakye, has poured scorn on claims that Ghana is broke and needs financial assistance from the International Monetary Fund (IMF).

According to him, there’s no need for Ghana to return to IMF because the country is endowed with natural resources that can help build the economy.

He stated that Ghana’s natural resources have been estimated to a tune of $10 trillion.

Speaking at a press conference in Accra on Tuesday, November 23, the director of research at IEA said, “I don’t even believe that we need the IMF. We are not a poor country…we are sitting on natural resource worth that is estimated to be over 10 trillion dollars…”

Dr Kwakye asserted that the reason Ghana and its neighbouring countries like Nigeria are wallowing in poverty is that, politicians team up with foreign investors to exploit their natural resources and sit on the monies they make from them.

“Look at Nigeria, they have very huge amount of resources but look at their people. They are probably also poor and you ask yourself, why is that? This is because all the time, the oil and gas and so on that they have exploited, they’ve given it away to investors, and then the politicians and others have teamed up with foreigners…so what trickles down to the ordinary person is nothing,” John Kwakye said.

“So if we continue on that line, we will remain poor. So I don’t see why we should be running to the IMF. You go to the IMF and they impose all kinds of conditionalities on you. You cant employ people, raise taxes, which has never worked for us. If we can use our own resources judiciously, then we don’t have to go to the IMF,” he added.

Meanwhile, Finance Minister, Ken Ofori-Atta has said Ghana will rather go on the Eurobond market for fund than go back to IMF for financial assistance to deal with the rising debt stock and other pressures on the economy.