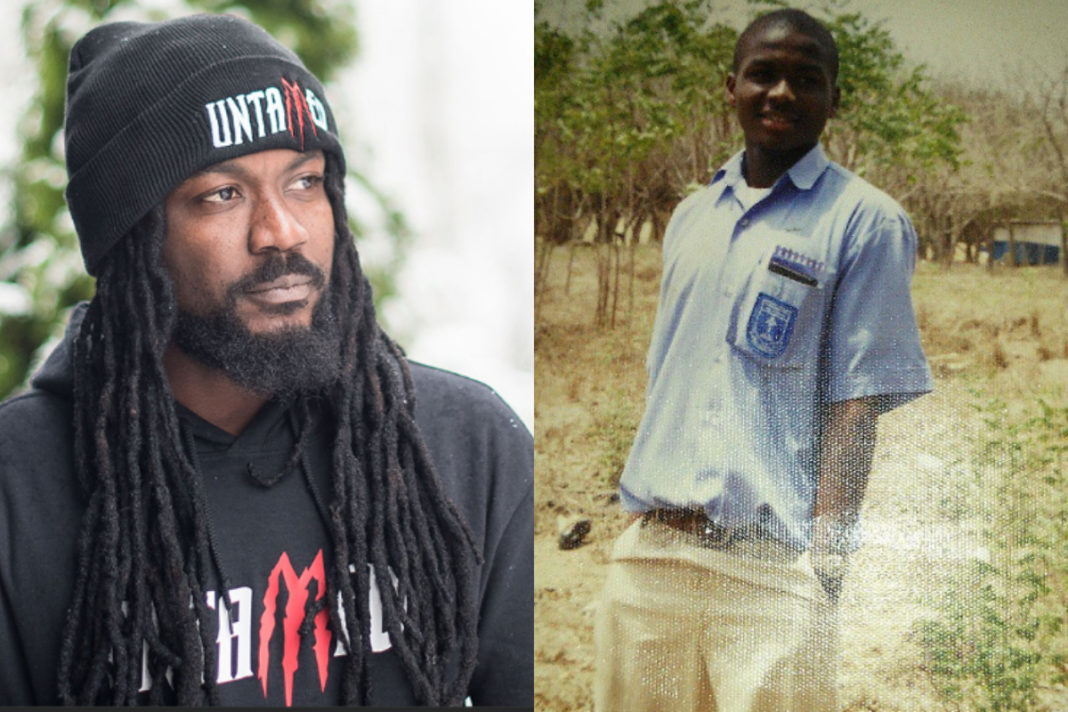 Award-winning Reggae/Dancehall musician, Emmanuel Andrew Sammini, well known as Samini has sparked reactions on social media with a throwback school picture of himself as he reveals his favorite moniker.

The viral photo captures the musician in a uniform belonging to the St. Margaret Marys Senior High School. According to Samini, the photo reminds him of his bad-boy days when he was still a teenager and was named ‘Adwinfi’ meaning bad mind.

As a reminder, Samini happens one of the frontrunners in Ghanaian dancehall. His genre of music is a melodious mixture of high life, dance hall, reggae, and hip-hop.

When Samini won “Best African Act” at the 2006 MOBO Awards, he gained international attention. He received three prizes at the 2007 Ghana Awards after releasing his second self-titled studio album, Samini. Samini won the “African Artiste of the Year” title at The Headies in February 2008.

In other news, Kwame Amponsah, a 23-year-old Barber has reportedly been sentenced to 114 years imprisonment by the Mpraeso Circuit Court for allegedly sodomizing 12 schoolboys at Atawase, a suburb of Nkawkaw in the Kwahu West Municipal Assembly.

According to Victor Fayi, the chairman of the Kwahu West Social Welfare Department, officers went to the field on November 5, 2021, after receiving information that a young barber in the village was sexually abusing school children.

Victor Fayi revealed that with the aid of the Assembly Members and Opinion Leaders, Kwame Amponsah was immediately apprehended by the police. He further revealed that a number of 10 more schools boys filed reports about suffering the same fate from Amponsah, the Barber.