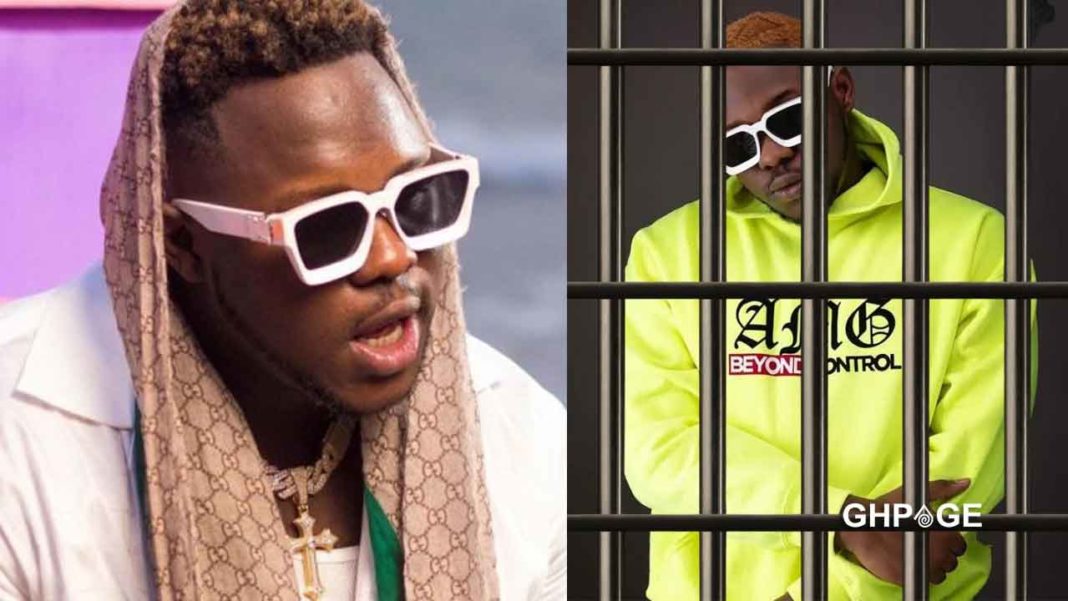 Sharing his most disturbing and odd moment while in jail, the award-winning rapper revealed that there’s no VIP section in jail. With this, he means to say no one is treated above the other; they are all the same.

The father of one continued that he wakes up to see inmates attending nature’s call right before his eyes in the same room. He had nothing to do but to just adjust to his new ‘home’ during those times.

Medikal said this in a recent Tweet. In the tweet, He asked his followers and fans not to trade their freedom for anything because jail is not a nice place to be.

“There is no VIP section in jail, when you wake up to see an inmate taking a shit right before your eyes in the same room with the smell and everything, you will cherish freedom. Be extra careful in this life, no one should end up there, it’s not a place to be !”