By ghanamma
Share
Facebook
Twitter
Pinterest
WhatsApp
Accra, Nov 12, GNA – Mr Frank Annoh-Dompreh, the Majority Chief Whip and MP for Nsawam-Adoagyiri Constituency has pledged to pursue an issue involving the supply of electricity metres with the Energy Minister and the Ministry to its logical conclusion. 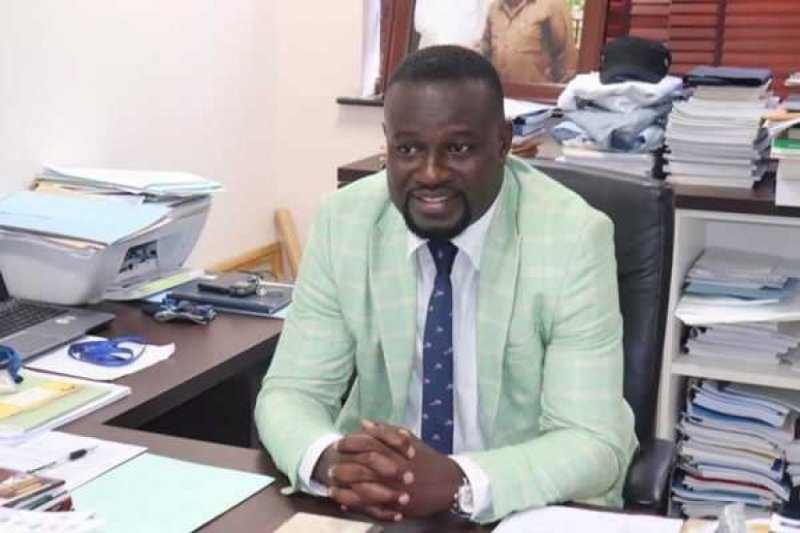 Not satisfied with the response of Dr Mathew Opoku Prempeh, the Energy Minister to an urgent question he asked on the floor of Parliament, in Accra, Mr Annoh-Dompreh told a presser, moments after the Minister’s response, that he would pursue the matter even as a lone ranger.
“The issue about the supply of electricity metres is a critical one. I’m prepared to press on to know the state of the metres, locked up at the Port, even if I don’t get the support of my Side of the House, the Majority Side,” Mr Annoh-Dompreh said, in response to a journalist’s question.
Mr Annoh-Dompreh had asked the Minister for Energy the outcome of a “contract worth about US$ 40 million, entered into by the Electricity Company of Ghana (ECG) with L& R Investment and Trading Company Limited in 2016 for the supply of prepaid electricity metres, since electricity metres are on high demand in most parts of the country.”
The questioner added that the situation was generating public discomfort.
Responding, the Energy Minister referred a letter sent dated 9th November 2021, by the ECG to LR, the contract holders, which was forwarded to his office.
The letter, according to the Minister said the ECG was inviting L$ R and its legal representatives to a meeting scheduled for Wednesday, 18 November 202, in the afternoon, to discuss the proposals towards the settlement of claims and appropriate processes of taking delivery and possession of the “goods” under the contract.
According to the Minister, the discussion would also feature processes for physical verification of the “goods” to determine if they were of the same make and quality as compared to what they were during the pilot stage of the project.
“So, Mr Speaker, in the nutshell, that was the outcome of the contract between the L$R and the ECG as at the 9th November, 2021,” the Minister said.
In a follow-up, Mr Annoh-Dompreh sought to know from the Minister why the ECG, for the while had left the metres at the port without verification done, and if it made economic sense with the metres lying unused when Ghanaians were crying for electricity metres.
Dr Prempeh said the ECG was still interested in the contract, hence the request for the meeting, and the outcome of the meeting would guide ECG on any further decision on the contract.
In a related development, however, some advertised questions, standing in the name of Mr Ebenezer Okletey Terlabi, MP for Lower Manya Constituency were stepped down, because Mr Terlabi ws not in the chamber when Second Deputy Speaker Andrew Asiamah, who was in the chair, called the MP to ask his questions.
The questions, as advertised in the Order Paper for the day, were “to ask the Minister for Energy the state of the impasse between the Electricity Company of Ghana/PDS and Lower Manya Krobo in connection with accumulated bills” and “to ask the Minister for Energy the outcome of the investigation into the shooting incident during the impasse between the people of Lower Manya Krobo and ECG/PDS.”
GNA