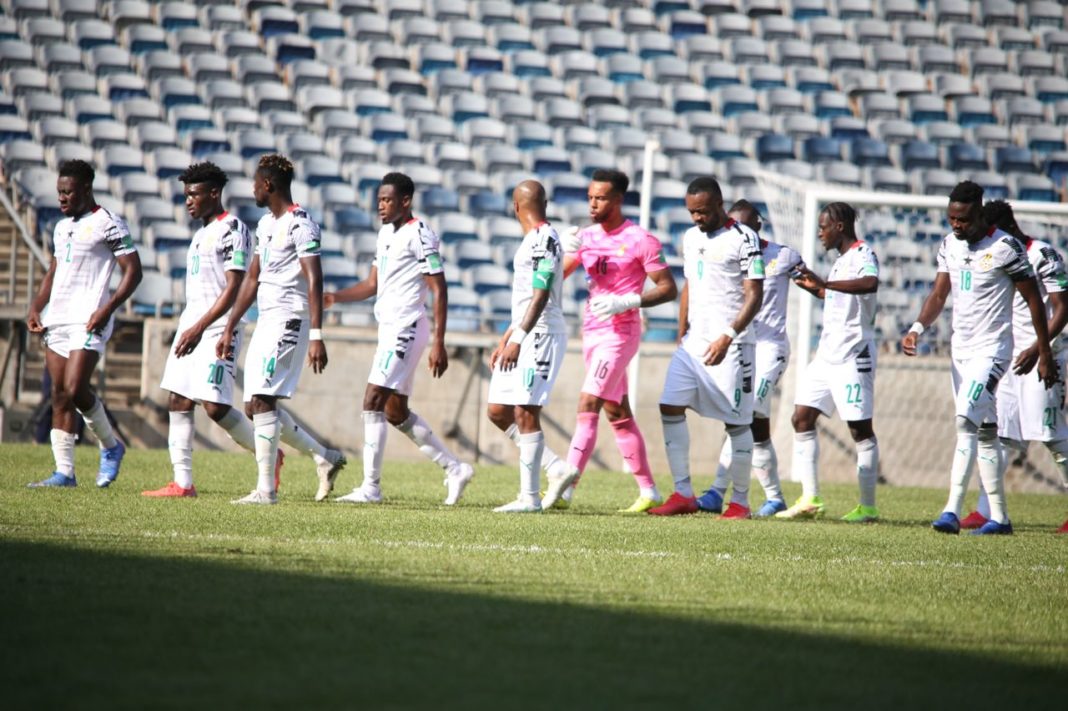 The Black Stars of Ghana were hosted at the Orlando Stadium by Ethiopia in the matchday five games of the 2022 Fifa World Cup qualifiers on Thursday afternoon.

Milovan Rajevac maintained goalkeeper Jojo Wollacot in post but made two changes in the defence.

Also, captain Andre Ayew returned to the squad after being dropped to the substitute bench in the last game against Zimbabwe in Harare, while striker Richmond Boakye Yiadom, who surprisingly had a call up after two years away, led the attack for Ghana and was supported by Ayew. Crystal Palace forward Jordan Ayew and Kamaldeen Sulemana started on the flanks.

The team started impressively and threatened in the early minute of the game but Andre Ayew failed to keep a pass laid to him by Kudus Mohammed.

The team kept their composure and dominated the game despite the pressure from Ethiopia.

In the 20th minute, Boakye-Yiadom won a free kick for the team. Andre Ayew beautifully converted the kick to break the deadlock for the Black Stars.

Ghana came close again after Kamaldeen Sulemana dribbled his way through on the 25th minute but failed to locate the goal post.

The Ethiopians kept pressing the backline of Ghana causing them to misplace their passes.

In the 35th minute, Mohammed Kudus tried his luck from a long-range and almost found the back of the net.

Boakye-Yiadom in the 41st minute came close to double Ghana’s lead but failed to hit the target from Baba Rahman’s cross to the end the first half 1-0 in favour of Ghana.

The Ethiopians came in the second half but the post saved the Black Stars. Mubarak Wakaso came in for Richmond Boakye-Yiadom to stabilize and control the midfield.

The Ethiopians kept on dictating the pace and finally found the back of the net in the 72nd minute.

Joseph Aidoo’s miscued pass led to the goal with Getaneh Kebede scoring from a close range to level his side up.

Kofi Kyereh and Fatawu Issahaku came in the 76th minute for Andre Ayew and Kwame Opoku to search for goals for Ghana.

Caleb Ekuban and Edmund Addo came on for Jordan Ayew and Baba Iddrisu in the 80th minute but the Ethiopians sat deep from conceding.

The Ethiopians came all out during added time and almost doubled their lead. After an end to end action, the Ethiopians held the Black Stars to a 1:1 drawn game.