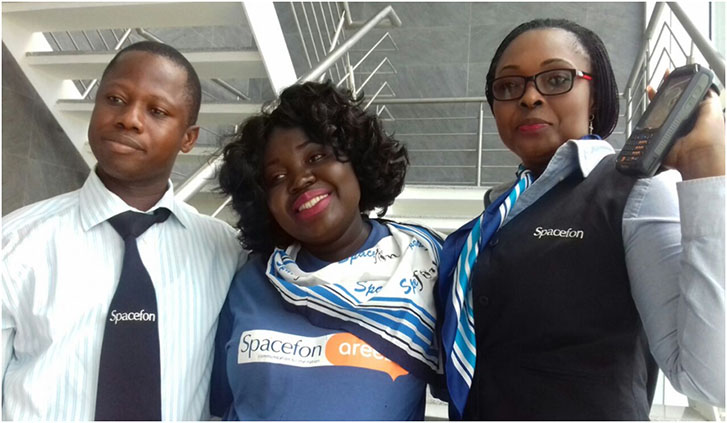 OVER THE next 25 weeks, MTN Ghana has announced it will feature how it has contributed to Ghana’s national development as well as its technological and digital innovations, investments and achievements, among others.

It said Scancom Plc, now operating under the brand name MTN, maybe described as a young company that has grown and matured beyond its years at twenty-five years old.

MTN’s history began in 1994 with the registration of Scancom Limited as a company in Ghana and the launch of operations two years later, in November 1996, under the trade name, Spacefon.

The company’s first location was on the Graphic Road in Accra, with a group of 20 energetic young people. The Graphic Road building was the sole place of business for the company acting as its head office and service centre. With hard work and determination, these hardworking staff expanded the base of the business.

“Over time, Scancom grew beyond the boundaries of the Graphic Road office, and the head office was moved to Ridge Towers, while Graphic Road retained the Technical Office and Service Centre.

“Inspired by the need to offer excellent telecommunications services, Scancom has seen a steady transformation of offerings to customers based on evolving technology, from GPRS, EDGE, 2G, 3G and HSPA to fibre optics and 4G services.

“This steady progression in the integration of leading-edge technology in the company’s network to support innovative relevant services, has been evident in all stages of the company’s growth.

“The introduction of Mobile Money along with the launch of 3Gservices in 2009 propelled the country into a new era of technological transformation,” a statement from MTN noted.

As the voice market continued to grow, MTN continued to make a positive mark in the provision of data services.

In 1998, Spacefon launched the first prepaid service in Ghana and christened it SNAP. It came with many of the features of a digital mobile phone service.

As the company grew, so did its ownership, and in August 2005, Scancom announced the final step in the evolution of its brand from Spacefon through Spacefon Areeba to Areeba.

With this evolution, Scancom Ghana joined other sister networks across Africa, Europe and the Middle East to become a single global brand, Areeba.

In May 2006, MTN Group announced it was entering the Ghanaian market through the acquisition of Investcom.  On August 2 2007, MTN Group rebranded its Ghana unit from Areeba to MTN.

The “new” company, MTN Ghana, stepped up its marketing efforts while delivering innovative products and services to its customers thereby consolidating its place as the market leader in Ghana’s telecoms sector. It has consistently been at the forefront of leading technological innovations in the Ghana, putting customer satisfaction at the center of its operations.

At the time, MTN acquired Scancom in 2006, MTN had attained two and half million subscribers. By the end of 2007, that number had increased to four million, and doubled to eight million by December 2009. Two years later in 2011, MTN achieved its 10 millionth subscribers’ milestone, and in July 2015, the company reached the 15 million subscriber milestone.

More details of MTN’s growth over the years will be shared in subsequent editions.