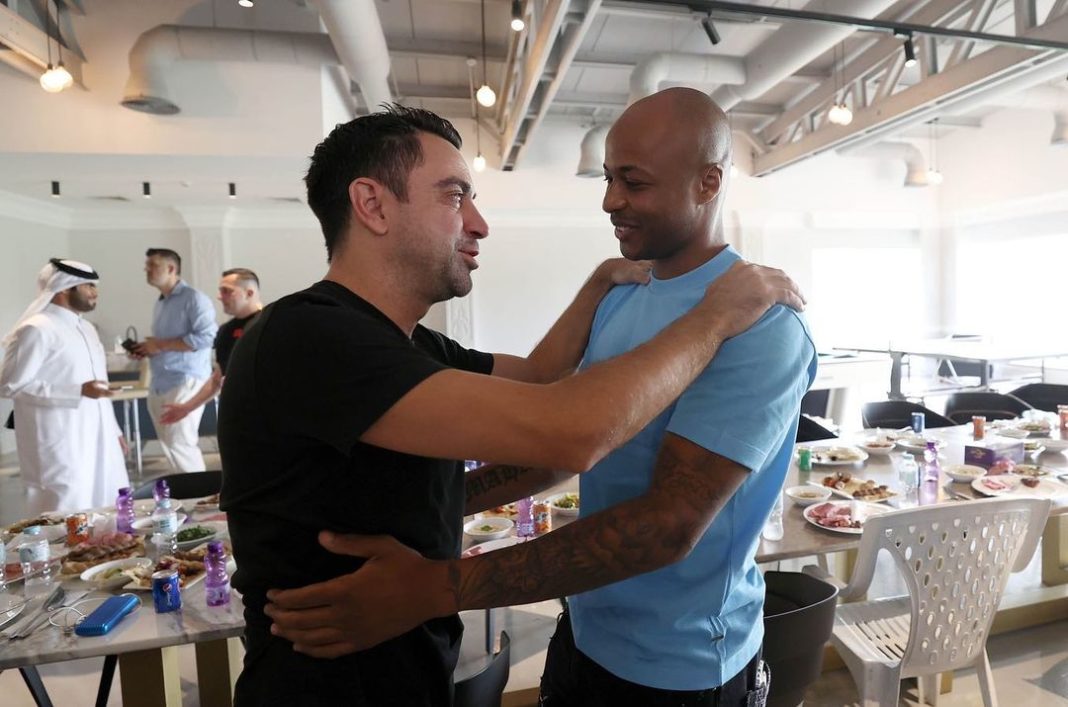 Ghana captain, Andre Ayew has wished Xavi Hernandez the best of luck ahead of his return to Barcelona as the new head coach.

The 2010 World Cup winner is set to take over as the club’s manager with Al Sadd saying they have agreed to allow him to join the Spanish giants.

The Qatari club had previously said their 41-year-old boss would not be allowed to leave.

Since Barcelona sacked Ronald Koeman on 27 October, Xavi has been heavily linked with a return to the Nou Camp where he spent the majority of his illustrious playing career.

However, a deal was agreed on Friday with Xavi now taking over as the new head coach.

Andre Ayew, who joined the Qatari club with Xavi in charge as manager has sent the best of luck message to Xavi.

“Mister thank you for everything ❤️ Ur humbleness is unique, learned so much in this few months,” Andre wrote on Instagram.

“Proud to have worked with such a legend @xavi 👑 May Allah bless ur new chapter 🤲🏽Good luck Mister!.”

Barcelona are ninth in La Liga after winning only four of their opening 11 games, leaving them nine points adrift of leaders Real Sociedad.

The two-time European Championship winner left Barcelona for Al Sadd in 2015, first joining the club as a player.

He took over as head coach after retiring in 2019 and led them to last season’s league title. They are unbeaten in 36 league games.