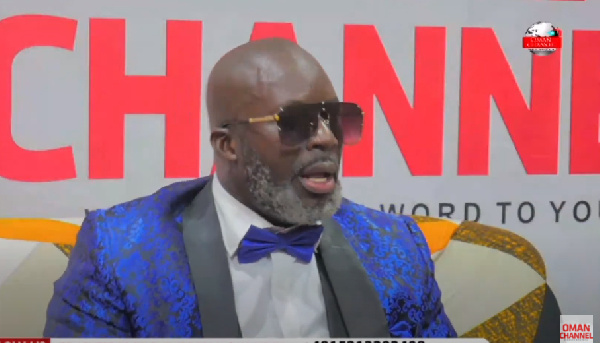 Amidst reports that the Member of Parliament for Assin Central, Kennedy Agyapong may be seriously ill, Prophet Nicholas Osei (Kumchacha) has stated that he is praying for the recovery of the MP.

There have been some reports indicating the maverick politician, who is currently in the United States of America, is undergoing recovery after he reportedly fell sick.

Speaking in an interview with Oman Channel, Prophet Kumchacha admonished Ghanaians to desist from making mockery of people on matters of health indicating that he is fervently praying for the recovery of the MP.

“As for me I am praying for him. I pray God heals him. We don’t mock people with sickness. Anyone who mocks people because of sickness is a hypocrite, think of tomorrow while you are at it. You will never know what the future holds for you,” he said.

In the same vein, controversial actress, Afia Schwarzenegger has wished the MP a speedy recovery following the reports of his ill health.

The actress who has engaged Kennedy Agyapong in heated banters on several occasions has put aside their differences to commiserate with the MP.

“We may disagree on many levels, fight countless times cos am just like you “We hate Nonesense”…But Ken we need you, Ghanaians need you so you will forever be in my prayers. My prayers are with you and your family,” she posted on her Instagram page.