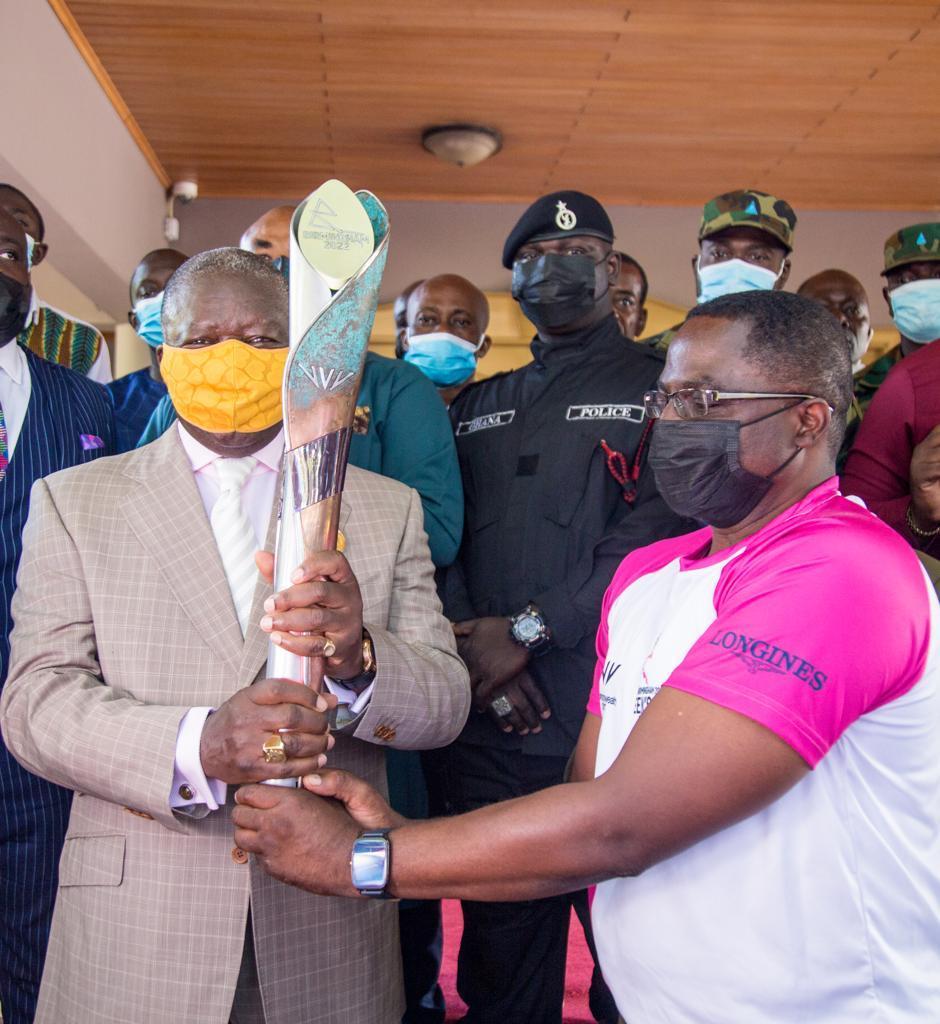 The Asantehene Otumfuo Osei Tutu II, on Wednesday, October 27, received the Queen’s Baton at the Manhyia Palace in Kumasi, Ashanti Region ahead of the 2022 Commonwealth Games in Birmingham, United Kingdom (UK).

President of the Commonwealth Games Federation (CGF) Mr. Ben Nunoo Mensah presented the Baton to Otumfuo Osei Tutu II and briefed him on the history, and its significance.

From the Manhyia Palace (the seat of the Asante King), the baton was paraded through streets in Bonwire (Home of Nana Yaa Asantewaa) and other principal streets in Kumasi.

The Queen’s Baton arrived in Ghana from Sierra Leone on Monday, October 25, and was first presented to the President His Excellency Nana Addo Dankwa Akufo-Addo at the seat of government.

Mr. Nunoo Mensah said, “It is fantastic to have the Baton arrive in Ghana, reaching the sixth country destination out of the 72 Commonwealth nations and Territories”.

He said that the Baton’s route started from Cyprus, Malta, Nigeria, The Gambia, Sierra Leone, and now Ghana which is the third West African country to receive the Baton.

The Baton with its royal message was dispatched by Her Royal Majesty Queen Elizabeth from Buckingham Palace on October 7, with its first stop in Cyprus.

The Baton would tour all the 72 Commonwealth nations and Territories and then arrive back in England at the Opening ceremony of the Commonwealth Games Birmingham 2022, where Her Royal Majesty will take out her message and read it to the whole world.