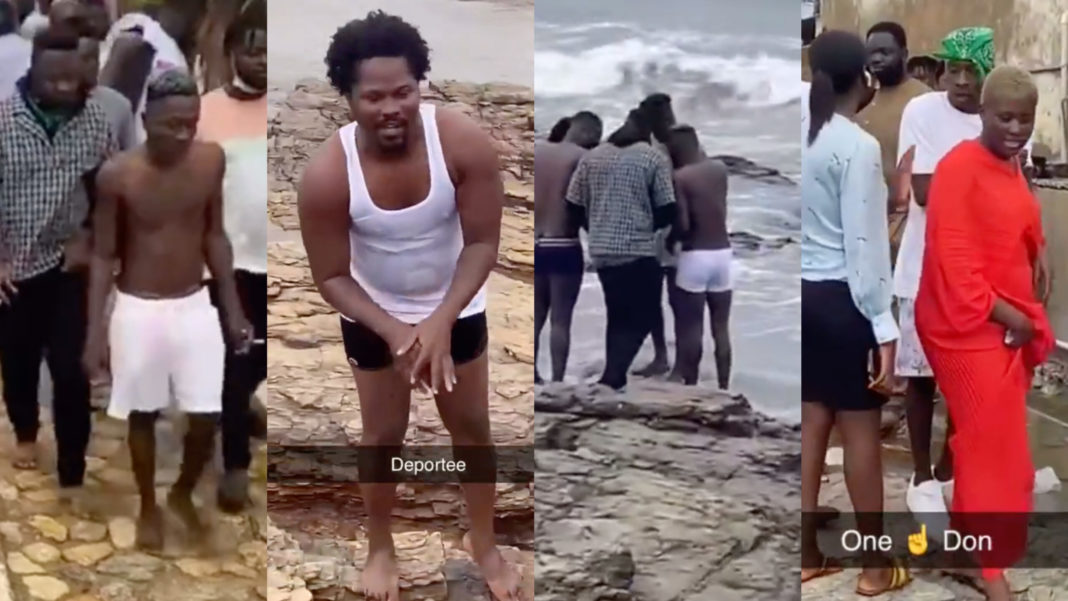 Shatta Wale and Medikal stormed the beach to perform a self-cleansing ritual following the decision of the court to grant them bail.

The two accomplices, Deportee and Gangee were also present at the beach where they performed the spiritual requirement by cleansing and washing clean following the tussle with the law.

Shatta Wale, Medikal, Deportee and Gnagee were granted a GH¢100,000 bail each by the Accra Circuit Court for respective infractions today. 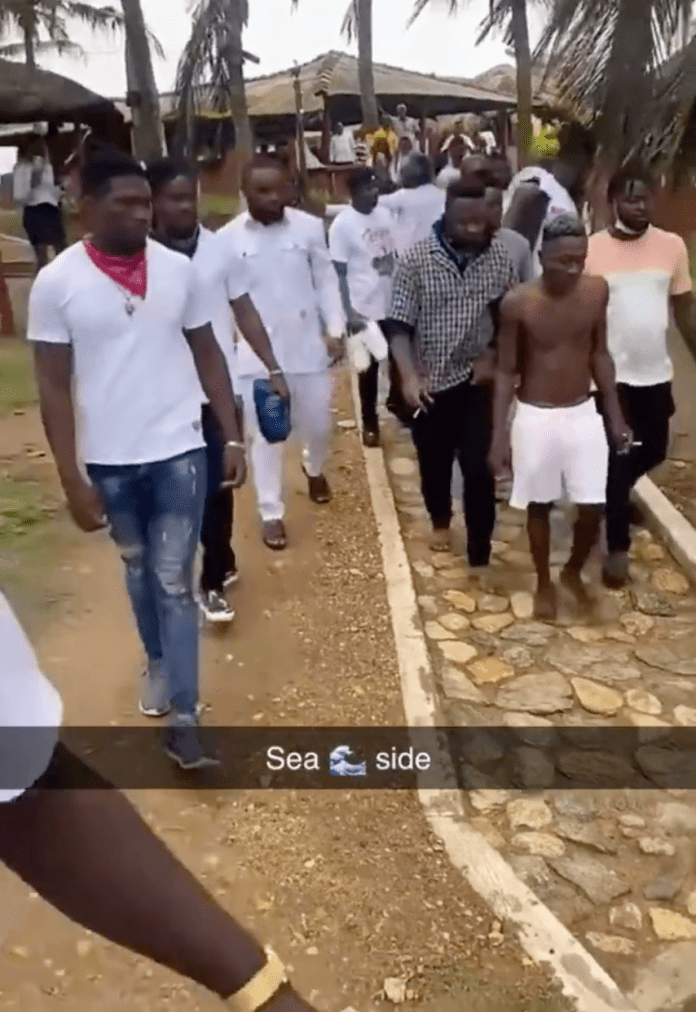 Shatta Wale together with his two accomplices was arrested on October 19, 2021, after they had created a spread hoax about a gun attack on the life of the dancehall artiste.

The SM President was subsequently transferred to the Ankaful Prison and Remand Centre after he had appeared in court. 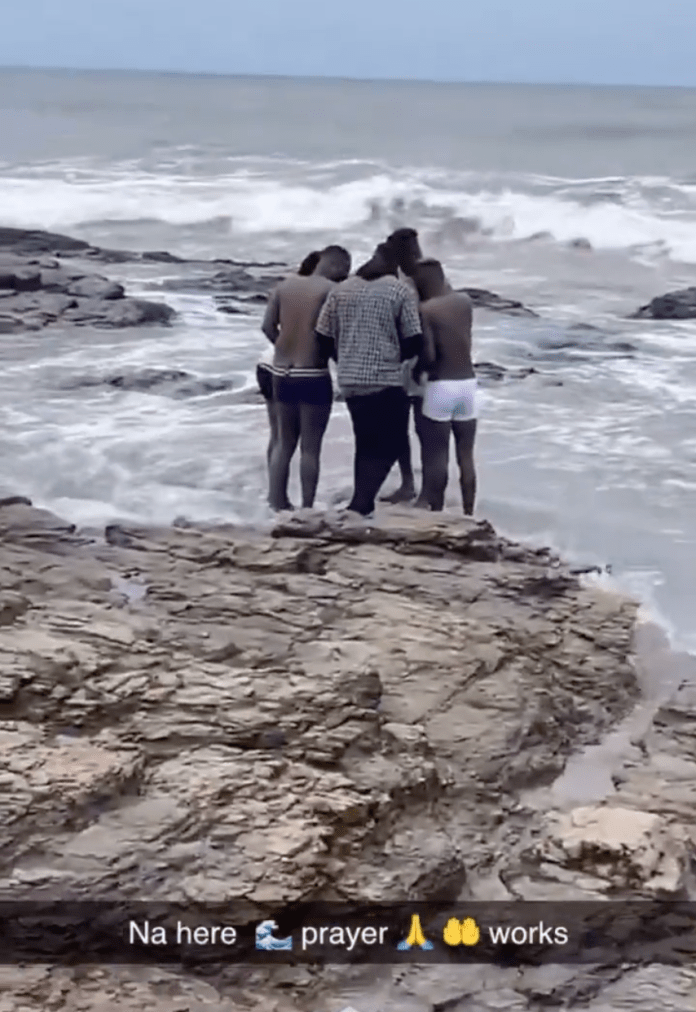 After today’s court session, Shatta Wale has been granted bail and would reappear before the court on November 9 together with his accomplices.

The video below gives an account of the four individuals in the company of their well-wishers, friends and families as they moved to the beach as a matter of spiritual duty to cleanse themselves of all filth that had engulfed them since they were arrested.

The significance of the cleansing was to seal their bail and eventually prevent them from going to sleep behind the cold prison walls. 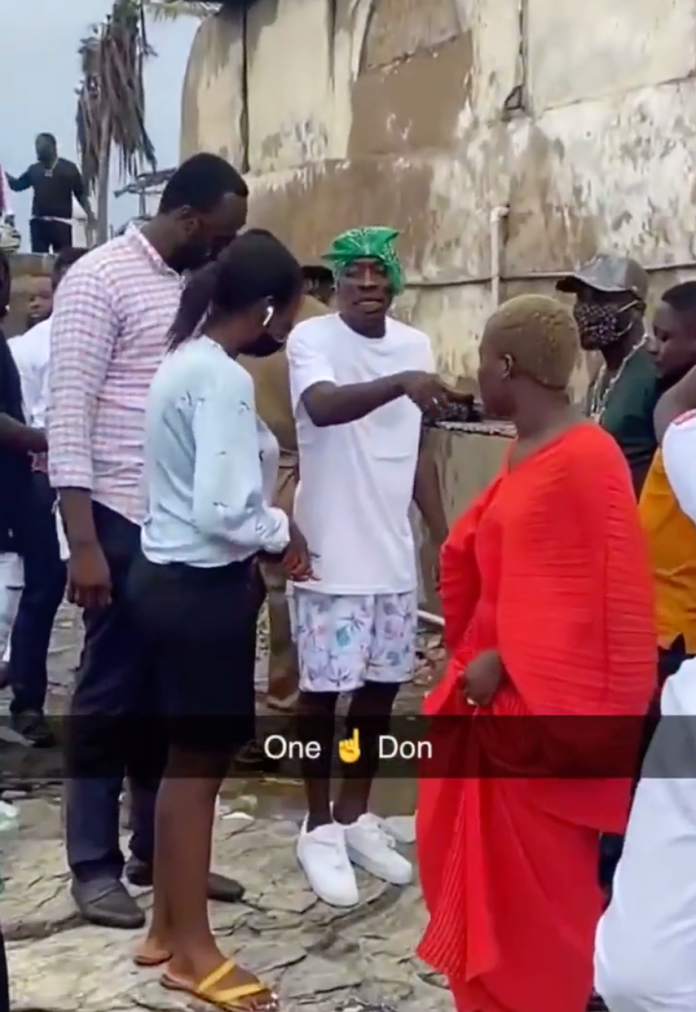 Fella Makafui was seen gingerly hovering around her husband Medikal who had something in his mouth, Deportee could be seen dipping his hands into the water and washing while Shatta Wale was crowded after he had walked half-naked down to the beach.

The euphoria was simply electrifying yet solemn. Fella Makafui was still in her crimson gown and could eventually heave a sigh of relief.