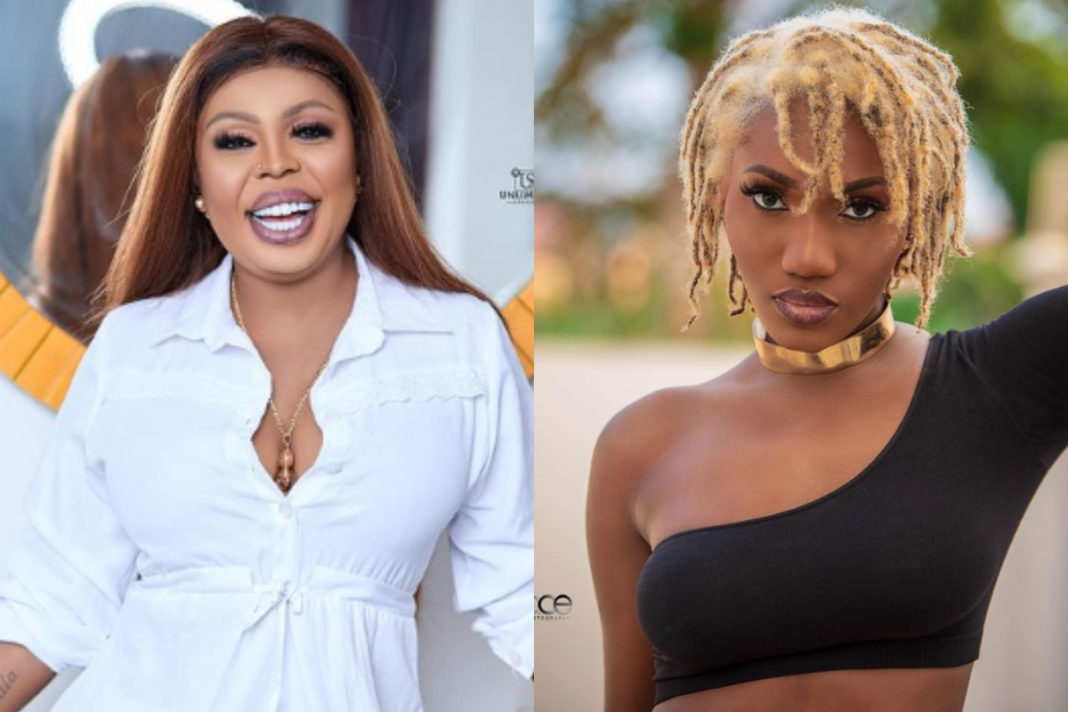 Rufftown Records signed artist, Wendy Addo, well known as Wendy Shay, and the controversial socialite, Afia Schwarzenegger have been at loggerheads for some time now. It would be vividly recalled that the two were spotted at an event where Afia Schwar was seen taking to the dance floor while Wendy Shay was performing her “Stevie Wonder” song ft. Shatta Wale.

Right after the performance, Wendy Shay stated that when God blesses you, your enemies will turn around and dance for you. Well, that sounded like a direct shade to Afia Schwarzenegger following her previous assertions about Wendy Shay being a “drug addict”.

In a recent video, Afia Schwarzenegger shared on her IG wall, she was seen singing Wendy Shay’s current hit “Heat” while pleading with the Inspector General of Police. Dr. Akuffo Dampare to loosen the system because he has made it very hot for some of them.

In reaction to the video, Wendy Shay stated that her success and fame have turned some of her enemies into her fans, particularly Afia Schwarzenegger.

In other news, Afia Schwarzenegger has advised both Medikal and Shatta Wale to use their predicaments to embark on a positive campaign to educate their fans on steps to take in order not to be caught up with the law.

This comes after the two musicians were granted bail of GHc100,000 each along with three others who were also arrested with them. Shatta Wale was arrested on Tuesday night following a publicity stunt he pulled in relation to a doom prophecy made by a man of God named Jesus Ahuofe.